What is the “3 Technique” in Football? (Explained) 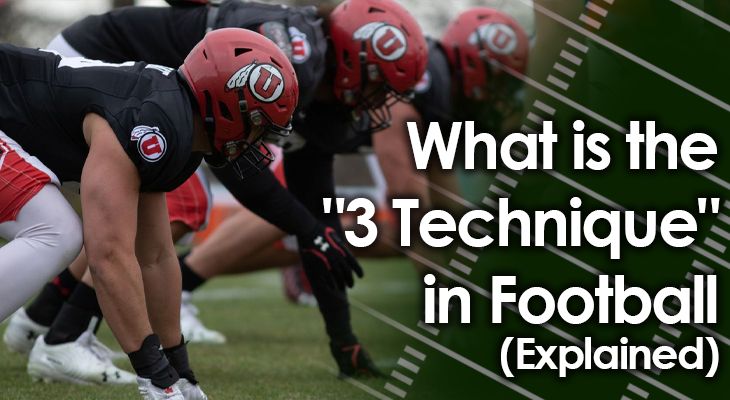 To simplify the game on defense, coaches came up with a number mechanism to describe the various pre-snap alignments on the line of scrimmage.

A different number is assigned (in ascending order) from heads-up on the center on down the line of scrimmage.

Teams call each of these numbers "techniques."

These techniques not only describe pre-snap alignment, they have also come to signify the type of player you are talking about.

One of these examples is a "3 Technique".

The 3 Technique will line up on the outside shoulder of the offensive guard, closer to the side where the offensive tackle lines up. That's the alignment part of the definition.

But, the position has also come to symbolize a defense's best pass rusher along the defensive line because of the alignment and the situations that player will often face.

Let's take a closer look at what a 3 Technique in football is as well as what the roles and responsibilities of this player would be.

What is a 3 Technique?

The 3 Technique is the defensive pre-snap positioning where the defensive linemen position themselves on the outside shoulder of the offensive guard.

They will be shaded toward the offensive tackle on that side of the field.

Back in the day, the 3 Technique was used almost exclusively in a base 4-3 defense.

In recent years, however, the 3 Technique has evolved to be the defense's best pass rusher along the line of scrimmage.

Many teams that run a 3-4 base defense have begun to shift some bigger defensive ends inside to play the 3 Technique.

But, why is the position typically played by the team's best interior pass rusher?

Simply put, the specific alignment often leads to more opportunities to cause havoc along the line of scrimmage.

Most teams that deploy this will do so on the weak side of the offense, which means there's no tight end on that side of the field.

Defenses will also often use a 5 Technique on this side of the field, meaning a defensive end will line up on the outside shoulder of the offensive tackle.

Because of this alignment, it becomes very hard for the offense to double-team block the 3 Technique.

The center is simply too far away from where the 3 Technique lines up -- so they will often help the guard on his other side.

And the offensive tackle has trouble helping because they're responsible for blocking the 5 Technique.

This creative alignment, then, allows the 3 Technique to match up one-on-one against an offensive guard.

In theory, the superior interior pass rusher will win that matchup more times than not.

The main responsibility of a 3 Technique is to cause disruption in the backfield.

Their job is to blow up the offensive guard and get into the backfield, forcing the offense to adjust their attack.

On passing plays, the obvious ultimate goal is to record a sack.

Some of the best 3 Techniques in NFL history were great at that -- including Warren Sapp of the Tampa Bay Buccaneers and Aaron Donald, who plays for the Los Angeles Rams today.

On running plays, these players may not record a lot of tackles on running backs, but they certainly can have a huge impact on the play.

By getting into the backfield quickly, they close up potential running lanes for the ball carrier, forcing them to go elsewhere.

A 3 Technique who is really disruptive can even change an offense's total gameplan.

If they know the 3 Technique is hard to block, they may design most of their running plays to the opposite side of the field.

Or, they may employ multiple tight-end sets on more plays than normal just so the offensive tackle can help out the offensive guard in double-team blocks. 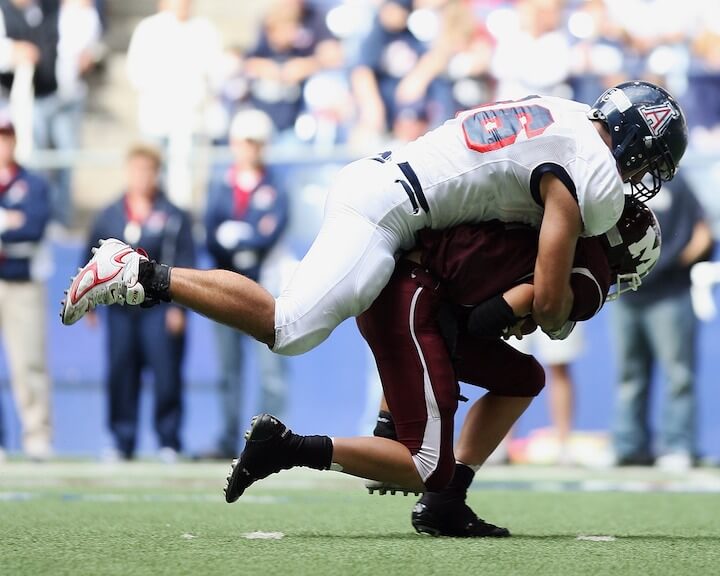 What Makes a Good 3 Technique?

The most crucial quality a 3 Technique should have is quickness.

They have to be able to explode out of their stances quickly and make moves to get in the backfield. (here are some drills to teach that)

If they aren't good at reading snaps or they can't move their feet quickly, it'll be hard for them to be successful.

A major reason why quickness is so important is that a 3 Technique will typically be giving up a substantial amount of size (and maybe strength) to the offensive guard.

A typical player in this position will be smaller than other defensive tackles such as a nose tackle.

The way for them to work around that size disadvantage, then, is to be very quick. If they're able to use their quickness, they should be able to overcome size difference.

A 3 Technique also must have a high motor and a killer attitude. They must want to record a sack or blow up a play on every down.

They need that can-do attitude to keep doing it on every play, and to be as disruptive as they need to be if they want to be good at their job.