Pros and Cons of the 2-Point Stance in Football  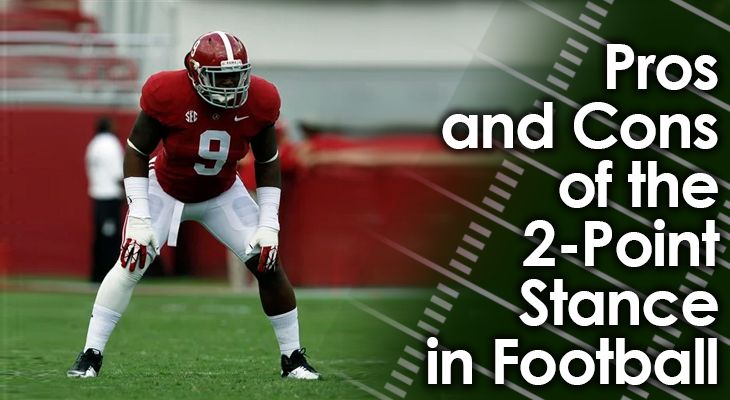 The 2-point stance is one of three main stances players will align themselves in before the snap of the ball.

Linebackers and members of the defensive secondary have long used this stance. But in recent years, the 2-point stance has become very popular, especially for edge rushers on defense.

Why is it good for these players? And are there pros that would convince other players to line up in a 2-point stance?

Let's take a closer look at the 2-point stance and some of the advantages and disadvantages to having players line up in this form.

What is the 2-Point Stance?

The 2-point stance is defined by how many parts of a player's body are touching the ground before the ball is snapped.

In this case, there are two "points" at which the player's body is making contact with the ground pre-snap -- both feet.

A player lining up in this stance will essentially be standing up -- though he certainly shouldn't be straight up and down.

Instead, there are tips they should follow to make sure they're ready for whatever play the offense runs. 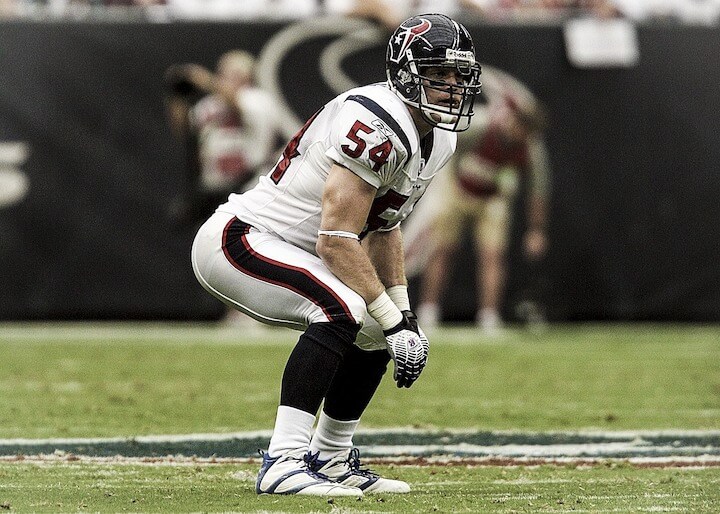 Start by putting your feet so they are roughly shoulder width apart, and facing forward in the direction of the line of scrimmage.

Make sure to center your weight to your body. This will help keep your balance and enable you to move in any direction necessary at the snap of the ball.

To do this, players should bend their knees, keep their chest big, make sure their back is flat and their head is up, with their eyes looking at the ball waiting for the snap. Place hands should above your knees, ready to make a move.

Offensive linemen who use the 2-point stance will often put one foot slightly behind their other foot so they can move quickly.

When lined up on the right side of the line, they'll put their right foot back slightly, and vice versa.

Pros of the 2-Point Stance

There are a number of advantages to using the 2-point stance.

This applies to both offensive and defensive linemen.

When a player is in this stance, their head will be up much higher than in a 3-point or 4-point stance.

Being more upright before the snap allows them to see the field more.

This is why a lot of defensive edge rushers and exterior offensive linemen are starting to prefer this stance -- especially on passing downs.

It allows them to scan the field and see what might be coming their way, rather than having to react after the snap.

For offensive linemen, it allows them to take an easier "drop" on passing plays.

This is why a lot of offensive tackles will go into the 2-point stance, because they need every extra step they can get on the speedy edge rushers.

For defensive linemen, lining up in a 2-point stance allows them to confuse offenses by moving around before the snap.

Much like pre-snap motion with tight ends, wide receivers and running backs causes confusion for defenses, having edge rushers move all over the place before the snap does the same for offenses.

This is easy to do from this stance compared to a 3-point stance where one hand is on the ground. 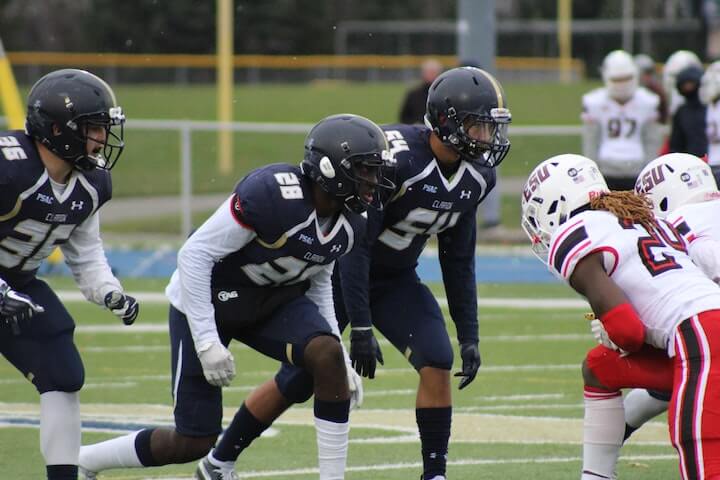 Cons of the 2-Point Stance

Of course, there are some downfalls to the 2-point stance, and these will explain why interior defensive and offensive linemen don't often use it.

The 2-point stance forces the player to start much higher up than they normally would.

When they start standing up, their pad level is much higher, which can allow their opponent to get underneath their pads and gain leverage.

It's always important for players to stay low, and it can be a little harder to do that in a 2-point stance, especially immediately after snap.

Second, it works against forward momentum.

When you start in a 2-point stance, you often take what's known as a bucket step -- or a quick step backward -- once the offense snaps the ball.

This takes your momentum away from the play, and could put you behind other players.

It can also open holes up for the running game.

These are both reasons why interior linemen should rarely, if ever, use the 2-point stance.

It takes them out of their game too much and would limit their ability to do their job.

This is especially true for interior defensive linemen, who often take on double-team blocks and need to stay as low as possible.

The 2-point stance is one of the three typical stances that players can line up before the snap.

It's used by a lot of players, for the many positives it can bring to the table.

The stance can help players get a good head start and allows outside edge rushers to cause confusion.

However, there are some players that should hardly ever use the 2-point stance, including interior linemen.

There are just too many negatives for these players to use the 2-point stance, so they'll opt for a 3-point or 4-point stance.