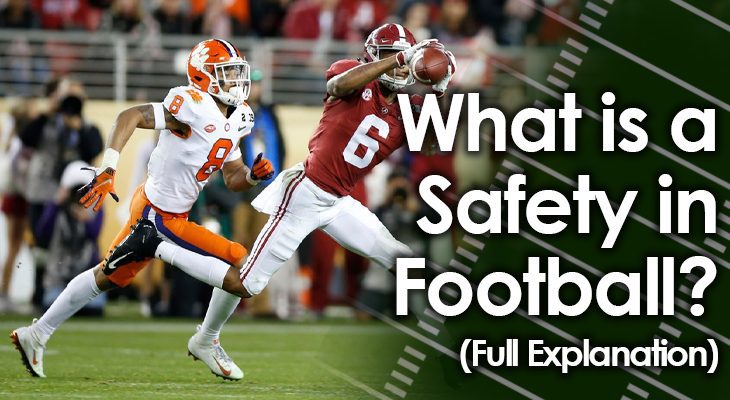 While most scores in football games result in a team scoring six points, three points, or one point on a play, there are some rare plays that result in two points.

One is a two-point conversion after a touchdown, and the other is a safety.

The "safety" in football is both the name for (a) a scoring play that results in two points and (b) also the name of a position on defense.

In this article, we'll be discussing the point-scoring play, NOT the position.

A safety is probably the rarest of all scoring plays in the game of football.

That's because there are very specific circumstances that must occur to record a safety -- and what must happen is rare in itself.

Let's take a closer at what a safety is and how teams can score it.

What is a Safety in Football?

A safety is a point-scoring play that results in a team getting 2 points on the scoreboard.

There are a few different ways that teams can record a safety.

1. If the offense records a penalty in their own end zone.

2. If a ball carrier gets tackled in their own end zone after having the ball outside of the end zone at any point during the play. This can occur on offense, defense, and special teams.

3. If a fumble or other loose ball gets knocked out of the back of the possessing team's end zone, or out of bounds in the end zone.

Let's discuss each of them in more detail...

1. Safety Due to Offensive Penalty

This scenario is one of the easiest to explain.

If the offense commits a penalty in their own end zone, a safety will be called.

Here is the most common situation in which this will occur…

Keep in mind that the holding itself has to actually occur in the end zone -- it can't happen at the one-yard line or forward.

If this happens, regardless of what happens during the play, the referee will call the holding penalty and then award the defense a safety. 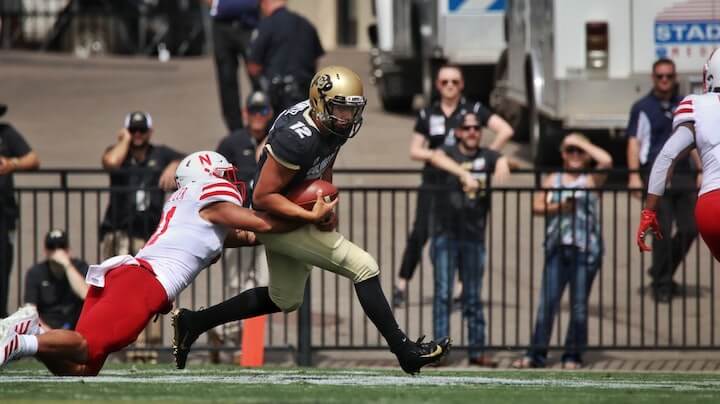 2. Safety Due to Tackle in End Zone

The second scenario occurs when a ball carrier gets tackled in his own end zone.

This can be a little misunderstood, though.

In order for a safety to be called, the ball carrier must be OUTSIDE of the end zone at some point during the play and then voluntarily take the ball back into the end zone.

If that doesn't happen, then it's not a safety.

For example, if a running back takes handoff in the end zone and brings the ball to the one-yard line, but then the defense carries him back into the end zone to tackle him, that is NOT a safety.

In this scenario, the running back had possession of the ball outside the end zone, but didn't VOLUNTARILY go back. He was forced by the defensive team back there.

If, however, the running back takes a handoff in the end zone and never makes it out of the end zone, it is a safety.

Also, if the running back comes out of the end zone then goes back into the end zone trying to make a cut, it's also considered a safety.

3. Safety Due to a Fumble

When a fumble goes out of bounds through the end zone without either team getting full possession of the ball before that happens.

There are a few different ways this happens.

The first is if a ball carrier fumbles the ball, and the ball bounces around as players are scrambling to recover it.

If the football goes out the back of the end zone or out of bounds on either side in the end zone before someone gets full possession, then it's a safety.

Likewise, if an offensive player recovers the football in bounds but is in the end zone when he does it, that's also a safety.

Another occurrence is if a long snapper throws the ball to the side or over the head of a punter.

In this case, if the ball goes into the end zone, the punter may just smack or kick the ball out of the back of the end zone to prevent the returning team from recovering the ball in the end zone for a touchdown.

When he does this, it's considered a safety. 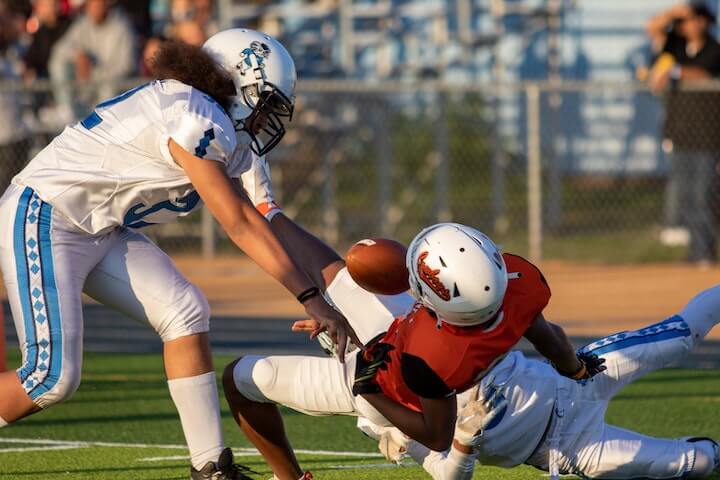 The Penalty for a Safety

No matter how the safety happens, the outcome is exactly the same.

The defense scores 2 points and will also regain possession of the ball.

The team which the safety was called against will then have to free kick the ball back to the other team.

They can either place kick it like a normal kickoff, or they can punt it back to them.

This is why a safety can be such a game-changing play.

It rewards the team 2 points and also gives them back possession of the ball in what will likely be good field position.

The safety is one of the rarest scoring plays in all of football.

It can happen in a few different ways, but the outcome is always the same -- 2 points for the other team and change in possession.

Teach your players how a safety can occur so they can do whatever it takes to avoid getting called for one.