What is a Shovel Pass in Football? (Explained)  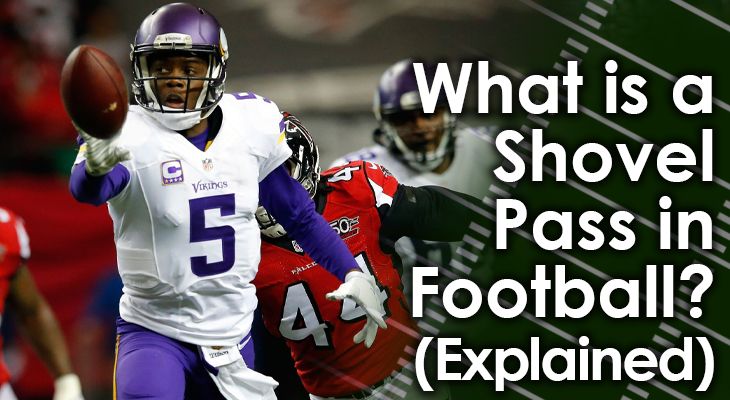 Back in the day, shovel passes were hardly ever called in football.

In recent years, though, that trend started to change with offensive coaches integrating new wrinkles into their play calling to keep defenses off balance.

The shovel pass looks a lot like a pitch from the quarterback to a running back.

People who are familiar with the option play will think a shovel pass is the same thing -- or at least something very similar.

There may be some similarities between an option pitch and a shovel pass, but there are some notable differences as well.

In this article, we'll talk about what the shovel pass is, how it's run, and how it can be effectively used in football games.

What is a Shovel Pass?

A shovel pass is a short pass thrown from the quarterback to a running back or receiver by either pushing the ball forward or tossing it underhand.

These passes always cover short distances as it would be extremely difficult to execute on longer plays.

As mentioned, the shovel pass will look a lot like an option pitch or a short toss.

The one important distinction between the two:

A shovel pass goes FORWARD, while a pitch or toss is thrown backwards.

Because of this, leagues record a shovel pass as a forward pass rather than a handoff. 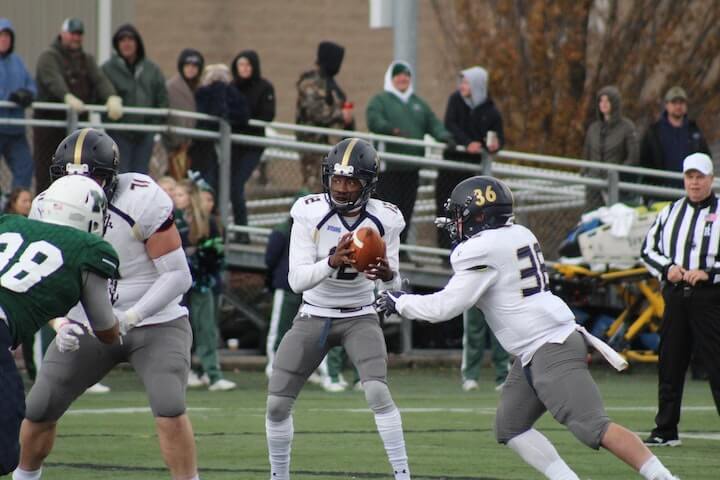 How to Use a Shovel Pass:

Most offensive teams that call a shovel pass will use it as sort of a misdirection play.

They will ultimately look to hide the shovel pass behind the big line of scrimmage, and make the defense think the play is going a different way through the use of fake handoffs, pre-snap motion, and pulling offensive linemen.

Ultimately, the goal of the shovel pass is to get the ball in the hands of a fast player who can get through a hole in the defense quickly, before they even realize he has the ball.

The Shovel Pass in the NFL

Some teams in the NFL today are also using the shovel pass with quicker but bigger players on crucial short-yardage situations to either gain a first down or to score.

The Kansas City Chiefs, for example, have called the shovel pass for their star tight end Travis Kelce on a few occasions in the last few seasons.

On this play, the quarterback will take the snap and will typically fake either a hand the ball off to a running back or wide receiver/running back in motion.

He may also fake as if he's dropping back to throw a normal pass.

At the same time this is happening, another player (running back, wide receiver, or tight end) will sneak in behind the line of scrimmage -- a few yards in front of the quarterback.

The quarterback's job at this point is to bring the ball back down and pitch it forward to the player designated to receive the pass.

Just like a traditional toss play, the goal is for the quarterback to lead the receiver in the direction he's running so as to not stop his forward progress.

When successful, the shovel pass can be a devastating play that catches defenses completely off guard (as shown in the video above). 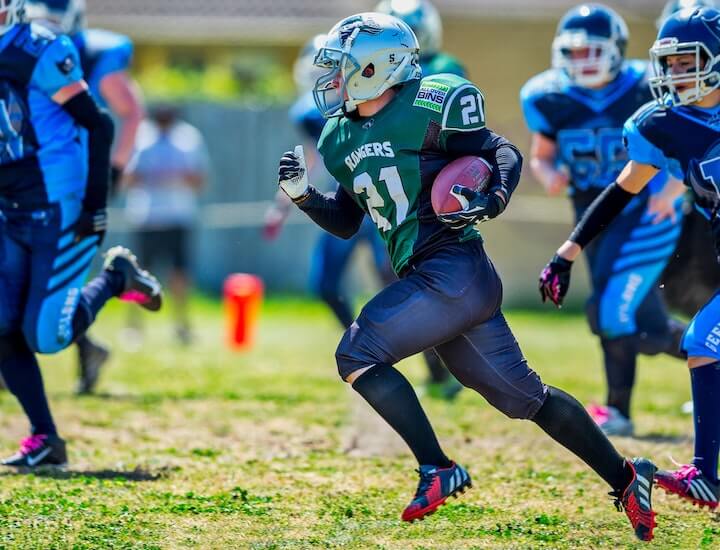 Example of a Shovel Pass

The best way to see how a shovel pass works is to break down an example play.

At the snap, the three (3) wide receivers will run Go routes to draw defenders away from the line of scrimmage.

The entire offensive line will block down to the right, except for the right guard who will be "pulling" to the left side of the field.

The shovel pass receiver will curl behind the line of scrimmage to the left, following in a similar path to the pulling guard.

He should delay his movement for about a second after the snap to hide behind the offensive linemen.

Once he receives the snap, the quarterback should fake the end around handoff to the running back. Then, he'll quickly pitch the ball forward in a shovel pass to the receiver.

The receiver's job is to take the shovel pass to the outside left of the offensive line, using the pulling guard as his lead blocker.

The shovel pass is one of the sneakiest plays an offense can call, and it can also be one of the most effective.

It wasn't called a lot in football before, but with new wrinkles to offenses in the game today, teams now deploy it much more frequently.

If run correctly, the shovel pass can be an outstanding addition to the playbook.