What are OTAs in Football? (Explanation and Full Schedule) 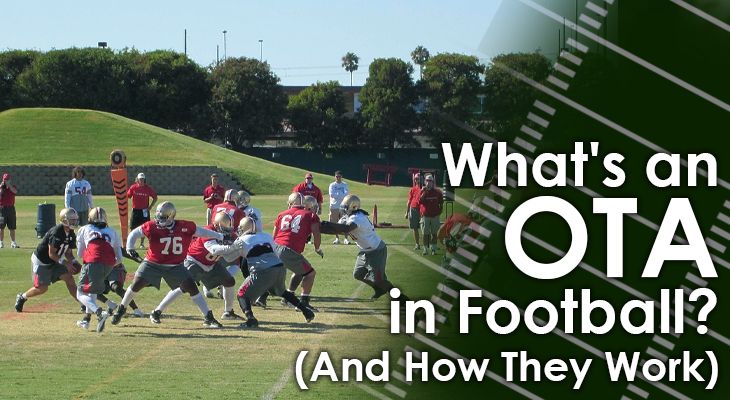 In the NFL, there are many different requirements for when teams hold practices.

Because the league doesn't stop in the offseason after the Super Bowl is completed, the NFL and the Players Association come to an agreement for WHEN practices can be held and HOW they must be held.

This agreement is in place to give players a chance to rest and step away from football, which prevents players from wearing down their bodies too much.

You can divide the offseason into different segments, with specific rules for each.

One of these segments is "Organized Team Activities", or OTAs.

These are quasi-practices that are held after the NFL Draft in April and before training camps begin in late July or early August.

While OTAs aren't "officially" a thing in other levels of football, there is some version of it for many leagues.

In fact, even youth football coaches can take some pointers from these OTAs to help their team learn the game and have fun without full contact. 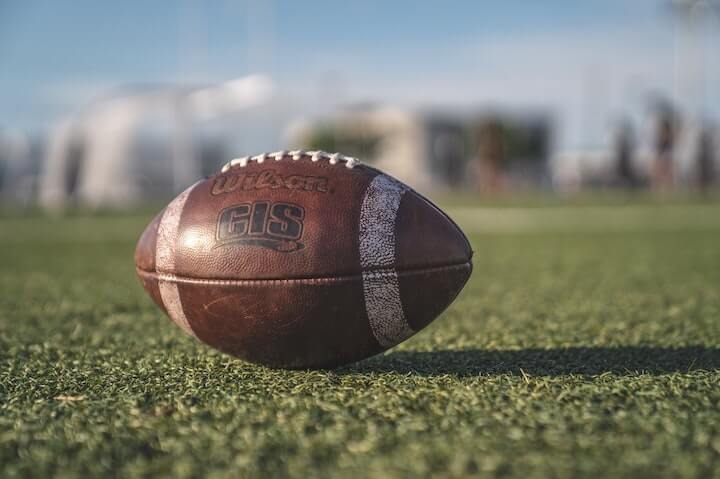 The Rules Around NFL OTAs

NFL rules stipulate that teams can hold OTAs for a total of 10 days.

This 10-day period must be broken up for the time of the year, too...

With three of the days being held during the first two weeks of what the NFL calls "Phase Three" of its offseason program.

Besides laying out the schedule, the agreement between the NFL and NFL Players Association stipulates what can actually happen at the practices, too.

This is to keep the playing field fair for every team and player in the league, and also helps lessen the strain on the players' bodies during the offseason.

All coaches of the team are now allowed to be present on the field during OTAs.

At one point in time, there was a limit on how many coaches could be on the field during these team activities, but that has since changed.

There can't be any "live contact" during drills at the OTAs.

Teams can't hold drills that would pit one offensive player versus one defensive player. For example, a wide receiver can't run a drill 1-on-1 against a cornerback.

Instead, OTAs must focus on offensive and defensive team drills, as well as special teams drills without live contact.

During these OTAs, teams may require players to wear helmets.

These, however, are the only allowable form of pads players may wear.

Perhaps the most important aspect of the OTAs in the NFL is that they are only voluntary -- except for the three-day mandatory minicamp.

Teams cannot require players to be at the OTAs, nor can they pressure them into showing up.

Teams can only suggest a time block of two hours for players to be at the team facility.

Every player can only spend four hours for each day of the OTAs at the team facility, and they can choose when to show up and leave. 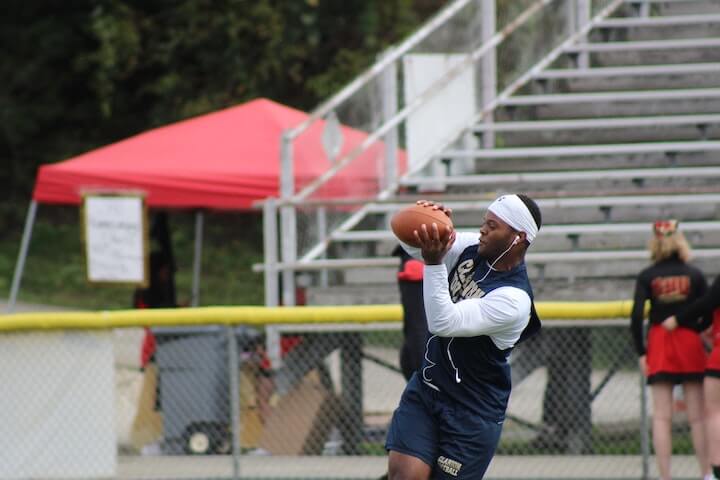 OTAs at Other Levels:

In youth football, there will likely not be strict requirements on when and how teams can practice in the offseason.

Instead, most leagues just simply create a date for the start of practices.

However, some leagues nowadays are starting to institute more OTA-like practice time so that players don't have to always be in pads and practicing with a lot of contact.

Youth coaches can take NFL OTAs as an example of how they can run this type of practice. Leading up to the start of the season, it's always a great idea to ease players into the season.

What you can do:

Since the season will still be a little way away, this is a good time to get the basics down and take the extra time to teach players the game.

At the same time, you'll be allowing players to get used to the field, working up their stamina and getting excited for the season ahead. 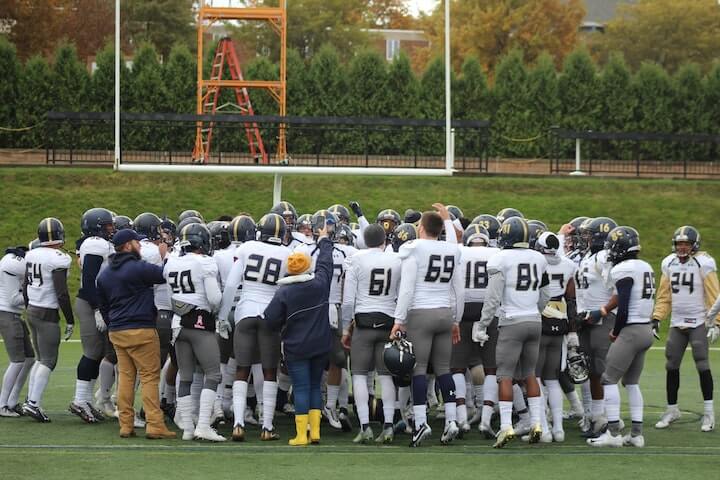 OTAs can be a great thing for football teams if done properly.

They can bring the team together and get everyone on the same page.

They can help players learn new skills or refine ones they learned last season.

Ultimately, OTAs are a great way for teams to bond leading up to the season.

Once the season starts, there won't be as much time to step back and take it easy.

You'll be full speed ahead, preparing for every game that's on the schedule