What is the Mercy Rule in High School Football? (Full Explanation) 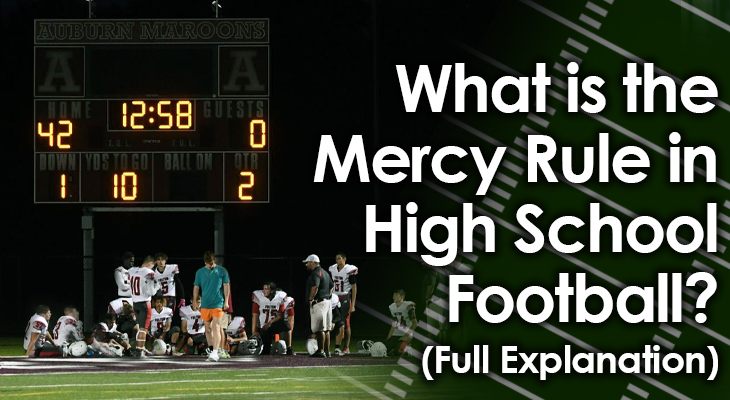 The level of competition at the highest ranks of football is often fairly equal.

Even in NFL games that pit a heavy favorite against a big underdog, the games typically aren't extremely lopsided.

When you get to some lower levels, however, such as High School, the talent difference from one team to the next can be quite significant.

Because of this, there's a potential for huge blowout games that can be downright embarrassing and demoralizing for young kids just learning the game and playing for fun.

To help prevent against this, many high school football leagues have a Mercy Rule in place.

This rule will end a game early if the score ends up reaching too lopsided of a level.

Let's take a closer look at how the Mercy Rule in high school football works.

What is the Mercy Rule?

The "Mercy Rule" is a high school rule that ends a game early if the score gets too out of control.

There is no singular set of requirements that dictate whether a Mercy Rule will be called or not, though most will revolve around two factors:

(2) The point of time in the game that margin has been achieved.

The first part is quite simple...

The Mercy Rule will go into effect when one team ends up leading by a certain number of points in a game.

For example, a league might set the Mercy Rule at 42 points, which is equivalent to six touchdowns plus the extra point.

The second part is what could vary the most from one high school league to the next.

In most cases, the rule will only go into effect after a certain amount of time has passed or how much time left on the game clock.

For instance, the margin of the lead must occur after the third quarter.

In order for the Mercy Rule to take effect, in this scenario, one team would have to achieve a 42-point lead at any time during the fourth quarter.

This gives the trailing team a fair chance to try to get back into the game by not ending it too early. 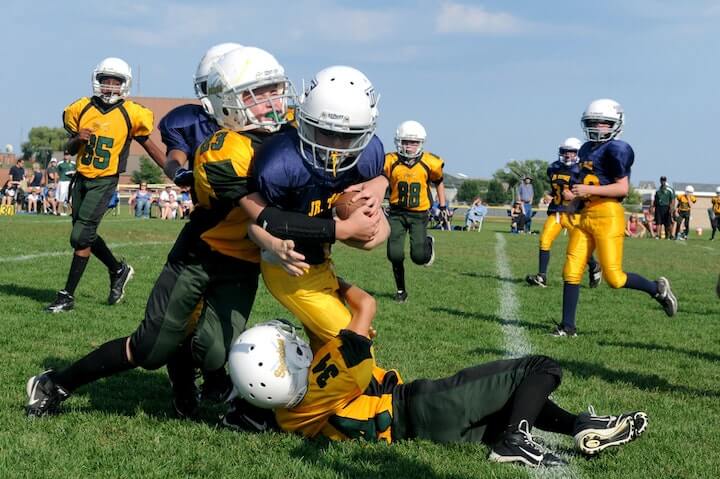 What Happens When the Mercy Rule is in Effect?

There are two ways that the Mercy Rule typically takes place in a high school football game.

The first is to end the game the moment both requirements of the rule have been reached.

In the above example, if a team gets a 42-point lead in the fourth quarter, the game will simply end at that point.

That means if the team has a 42-point lead by the end of the third quarter, the game won't go on past that point.

If the team scores a touchdown to give them at least a 42-point lead, the game will end right after the touchdown.

The other option is for the game to keep going, but have the clock run without stopping.

Normally, the game clock will stop on incomplete passes, change of possession, and when a player goes out of bounds...

In this case, though, the game clock would continue to run and NOT stop.

This would allow the game to finish all four quarters, even after the Mercy Rule has been implemented.

Does the Mercy Rule Apply to All HS Football Games?

No. Not all high school football games are subject to a Mercy Rule.

High school leagues each determine whether to put a Mercy Rule  in place, and what the specific parameters are for their version of it.

That said, many high school football leagues do have some version of the rule...

You'll just have to make sure that, as a coach, you understand whether your league has a Mercy Rule in place and what the requirements are for reaching it. 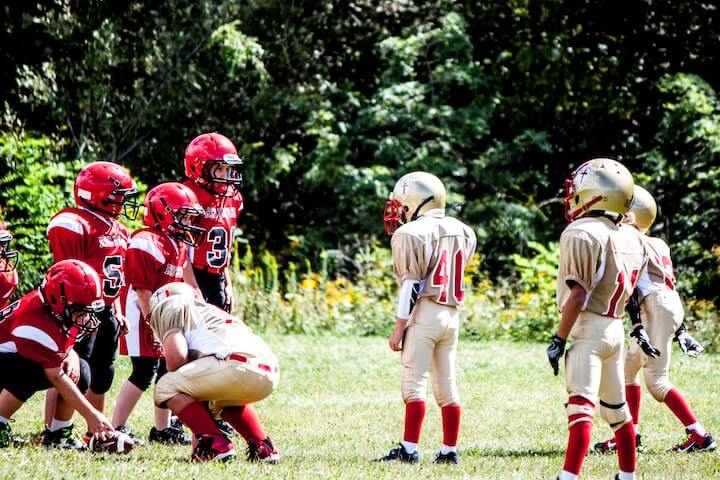 Why Have a Mercy Rule?

Once the outcome of a game is basically decided, the only reason to keep playing is for fun.

This is obviously a great reason to keep playing football, but it also exposes players to an increased risk of injury.

This risk might be even greater in blowout games, as the losing team may not play as hard because they realize they're unlikely to win.

That could lead to more injuries.

Another reason for this rule is to simply not embarrass the players on the field.

While some may consider an early stoppage to be embarrassing, it could be even more demoralizing to have one team just continue to score over and over again.

Remember that these are young kids playing a high school football game, and not professional athletes. Some of these kids could be as young as 14 years old.

The last thing anyone should want to do is cause them shame or embarrassment just because they are losing a football game.

Many high school football leagues have some version of the Mercy Rule in place that will either end a game early or keep winding the clock for the remainder of the game.

These rules are in place to protect player safety and also to not embarrass young kids who are playing football for fun.

Not all leagues have a Mercy Rule, though, and the parameters for implementing it are different from league to league.

So, always check to see what your league's Mercy Rule is, if it has one at all.