What is a Hook Route in Football? (Explained) 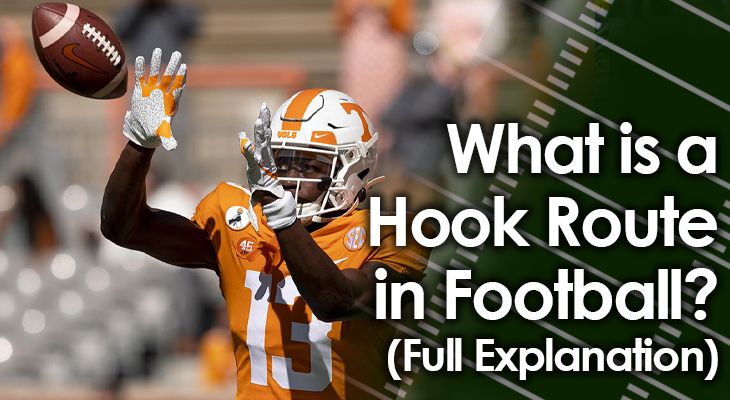 A Hook route is one of the basic routes on the route tree that all receivers will learn.

It's sometimes called the Hitch route, and has other variations such as the Button Hook or the Curl Route.

Teams run different versions of the route depending on how the defensive lines up -- for example a man-to-man defense versus a zone defense.

In essence, though, all these versions will have the same basic look and feel.

It's is a rather simple route to teach, but it may take some time for receivers to master.

There's a lot of precision that goes into a successful Hook route, and a lot of timing that must be figured out between the quarterback and receiver to run it effectively.

Let's take a closer look at what the Hook route is, and how you should run it.

What the Hook Route Looks to Accomplish

The Hook route is designed to look like a deep route that turns into a shorter route for a receiver.

It can be run by basically any receiver on the field -- including wide receivers, tight ends and even running backs -- no matter where they line up.

The basic premise of the Hook route is to trick defenders into thinking the receiver is going to run a deep route downfield, only to have them stop and quickly turn back to the quarterback at the last minute.

The Hook route relies heavily on timing and practice.

Here, the quarterback should technically release the ball even before the receiver finishes their full break on the Hook.

This means that the ball should be arriving to the receiver at just about the exact time they turn around to look at the quarterback.

In addition to being a misdirection play, teams use the Hook to find open or "soft spots" against zone coverage.

When a defense runs zone coverage against a pass, there will be "soft spots" where receivers can find some available space.

An effective Hook route will drive defenders deep downfield, away from the line of scrimmage -- then have the receiver "hook" back in toward these soft spots.

Against the zone coverage, teams can use a variation of the route called the 'Curl'.

In this variation -- which we'll talk more about in a bit -- the receiver will round off their route slightly at the end. 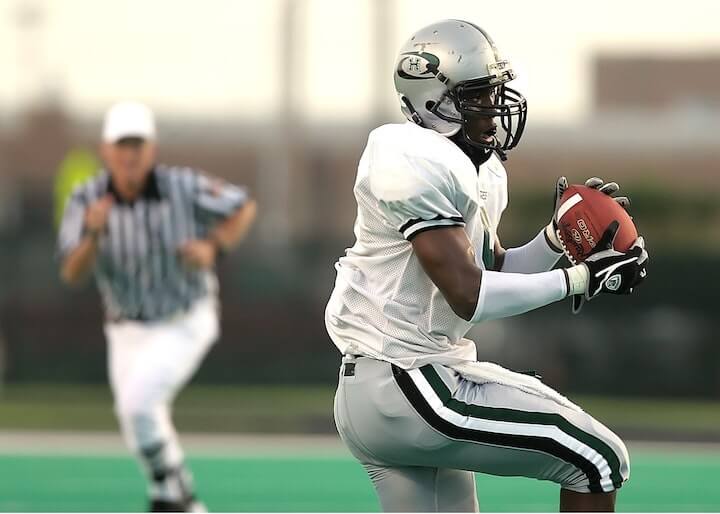 How to Run the Hook Route

There are two parts to the Hook route:

The first part involves the receiver sprinting hard off the line of scrimmage right at the snap of the ball.

Their goal here is to sprint straight ahead as fast as they can.

The idea is to make defenders think that he's running a deep Go route straight downfield.

Then, when the receiver gets about 10 yards off the line of scrimmage, they'll stop abruptly and "hook" back in toward the quarterback.

In order to do this properly, receivers must chop their feet quickly right as they're about to make the cut.

Chopping their feet is extremely important -- not doing so may lead to serious injuries to the knees, lower back, and lower legs.

On a traditional Hook route, the receiver will make almost a direct diagonal cut back toward the quarterback. The cut should be to the inside of the field, too.

For example, receivers lining up on the left side of the field should cut back to the right and vice versa.

As soon as the receiver makes the cut, they should be looking back at the quarterback and have their hands in a position to catch the ball.

Again, timing is important as the quarterback is taught to release the ball just as the receiver is about to make the cut.

If the receiver successfully catches the ball, they has a few options. 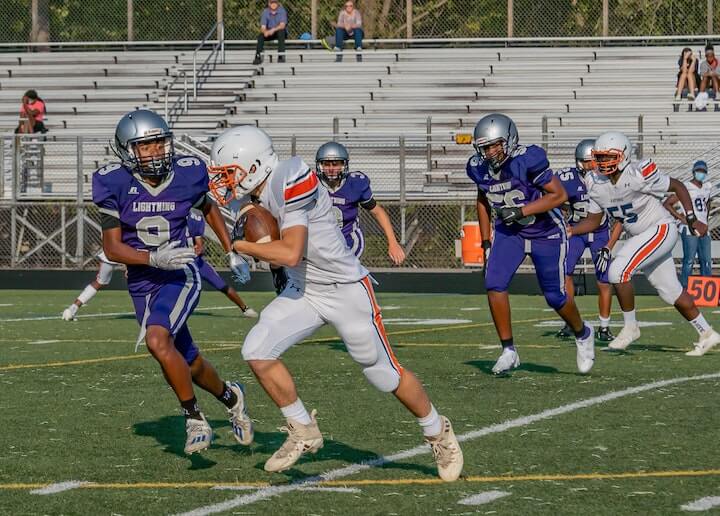 To gain extra yardage, receivers should sense where the other defenders are.

They should already be scanning the field as they break off the line of scrimmage to know where the holes in the defense might be.

If the Hook route is being run to score a short touchdown or just gain a first down, then the receiver should just look to secure the catch and get down so that he can gain that first down without risking a fumble.

Option 3: Against the Zone

If the Hook route is being run against a zone defense, the offensive coach might call for a Button Hook or a Curl route instead of the traditional Hook.

In these cases, the receiver will simply round off the top of the route ever so slightly.

In other words, instead of an abrupt, diagonal cut back toward the QB, the receiver will round off the top of the route as they work their way back toward the line of scrimmage.

Again, this should be able to find that soft spot in the zone defense.

Even if they run a Button Hook or Curl route, the receiver should still be cutting to the middle of the field. 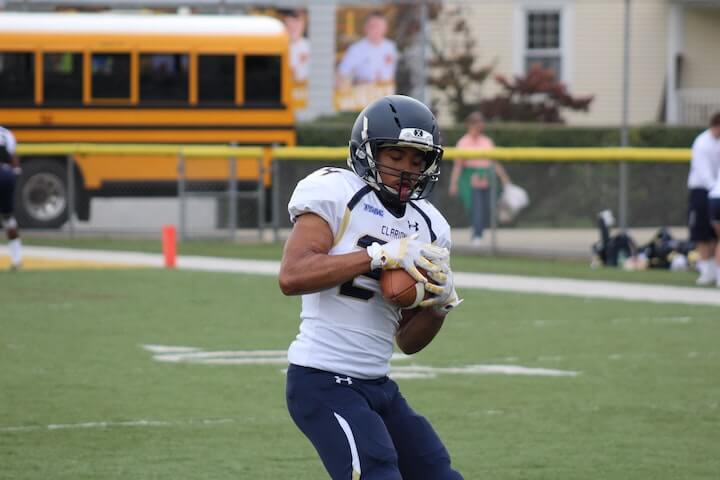 The Hook route is one of the basic passing routes receivers will need to learn.

It's a relatively easy route to teach, but one that takes some time and practice to master.

In fact, much of the success of the Hook route depends not just on the receiver's motions, but on the timing between them and the quarterback.

What is a Skinny Post Route in Football? (Full Explanation)