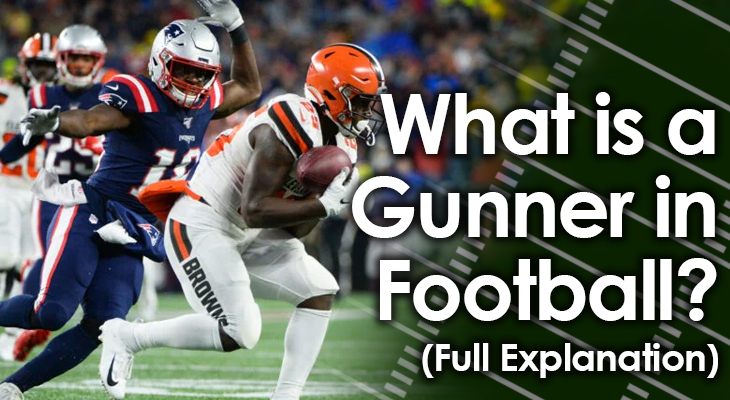 There are many positions in football that most everyone knows, whether they're die-hard fans of the game or not.

For example, 99% of people will know what a quarterback is and what he does.

Only the most serious of fans will know some of the very unique and specialized positions that don't see the field very often, yet are still extremely important.

One of those positions is the "Gunner."

The Gunner is a very specialized position but really only has one main job:

Pressure and tackle the punt returner.

If they're unable to, they should at least put significant pressure on the punt returner so that another member of the team can make the tackle.

Let's take a closer look at what the Gunner is, what makes for a good one, and what their responsibilities are.

What is a Gunner in Football?

As mentioned above, the Gunner is a specialized football position that is only present on the field during a punt.

The punt team will have a Gunner who will line up wide on the formation. In most cases, they'll line up very close to the sideline.

Again, they have a singular focus when they're on the field:

To put pressure on the punt returner.

They can do this in three ways:

How the Gunner Does His Job

The most challenging part of a Gunner's job is not running to the position where the returner is going to catch the ball...

It's doing so while avoiding at least one member of the other team, who will be doing everything possible to prevent the Gunner from getting to the punt returner.

In almost all cases, a member of the punt return team will line up directly opposite the Gunner. This player (or players if they double team) will push, jam, and shield the Gunner from getting to the punt returner.

They'll often try to force him to the sideline and out of bounds by shielding the middle of the field with their body, leaving the Gunner no option.

The Gunner's job is to avoid this player and get to the punt returner as fast as he possibly can.

He doesn't have to take a straight line to the punt returner...

He'll make different moves once the ball is snapped to break free of the player covering him -- much like wide receivers do when they're trying to avoid cornerbacks who are jamming them at the line.

He may fake to the outside, then go inside or vice versa.

The Gunner may even make other moves to get around the player as he gets further downfield and closer to the returner. 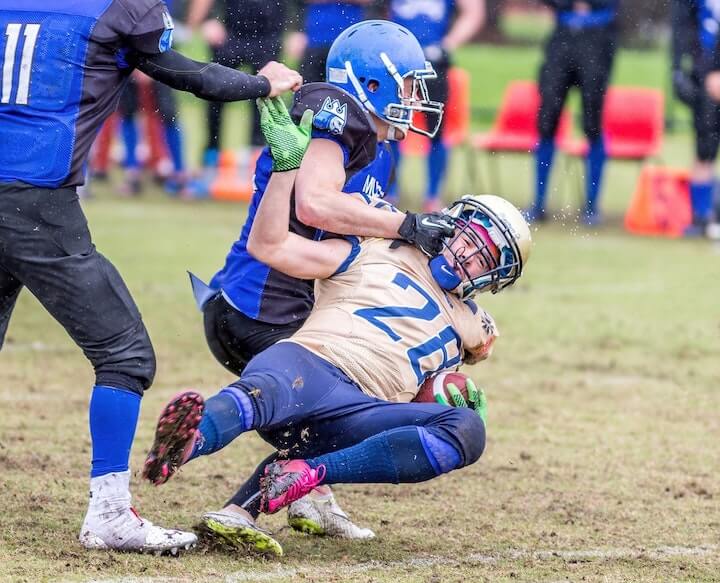 What Makes a Good Gunner

A Gunner needs to be fast, so that he can get downfield quickly.

He needs to have good awareness to know where he is on the field at all times, especially in relation to where the returner is while the punt is in the air.

He needs to make "moves" to break free from players covering him. And he needs to at least be a decent open-field tackler.

In other words, players who make good Gunners are multi-talented.

Wide receivers and cornerbacks are often pegged as Gunners because they share a lot of the same basic traits and skills.

In lower levels of football, the Gunner could be one of your starting wide receivers or cornerbacks.

At upper levels of the game -- especially in the NFL -- Gunners are special players who only participate on special teams.

It would be unlikely that a starter on either offense or defense would also be a Gunner in the NFL, due to the high likelihood for extra contact that could put those players in danger. 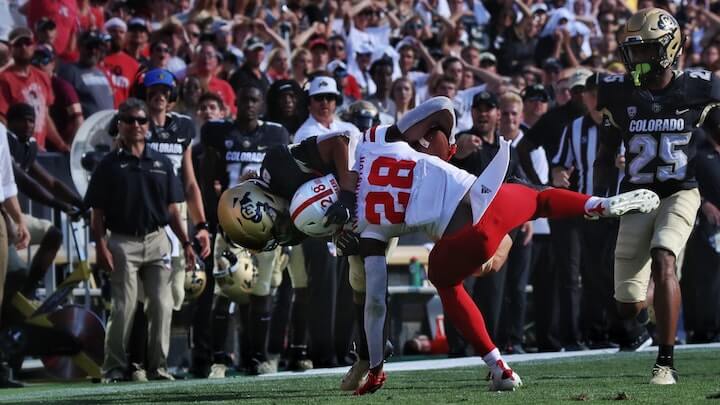 The Gunner is one of the most specialized positions in football.

It's only used when a team is punting, as his job is to get downfield as quick as possible and either tackle the punt returner, force him to call a fair catch, or adjust his path so another player can make a quick tackle.

Gunners have a unique set of skills, too, that it's hard to pinpoint a position that matches up nicely.

Cornerbacks and wide receivers are the closest comparison, as they share a lot of the same skills that Gunners need.