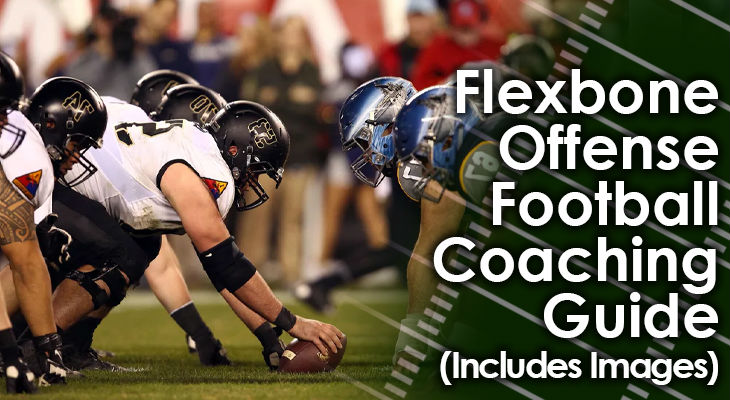 In today’s football game, most offenses are enamored with the pass.

If you turn on the TV to watch a professional or collegiate football game, you’ll often see spread offenses, shotgun offenses, and other formations that are designed to spread the field and throw the ball more than run.

There are still some offenses, though, that are designed almost exactly opposite — and one of them is the Flexbone offense.

Most of the military football teams in the U.S. run some form of the Flexbone today, as they often lack the players with the same skillsets of other major universities.

The Flexbone is also very popular for high school teams that might not have a quarterback with a strong arm.

Who Should Use the Flexbone Offense?

Offenses That Have Smaller Players - The Flexbone is great for offenses that don’t have big, physical wide receivers and tight ends that can create separation in passing plays. That being said, some of the best Flexbone offenses have had top-notch wide receivers, such as Demaryius Thomas and Calvin Johnson, who both played at Georgia Tech.

Offenses With Multiple Running Backs - The Flexbone requires the use of multiple running backs in the backfield at the same time. So if your offense has multiple players at that position who can run the ball, the Flexbone might be a good option.

Offenses Without a Strong-Armed Quarterback - If your team doesn’t have a quarterback who’s a great thrower, then the Flexbone might be a good offensive formation to use. It would be an especially good fit if your quarterback is a good runner, too.

Who Should Not Use the Flexbone Offense?

Teams With Traditional Personnel - If your team is made up of players who are good wide receivers, tight ends and a solid quarterback, then the Flexbone might not be a good fit.

Teams With a Poor Running Game - The Flexbone does have passing plays, of course, but the entire offense is built around the run. If your team isn’t built for the run, then the Flexbone is probably not a good fit.

Teams With a Lack of Speed - The Flexbone relies a lot on deception, but it also requires a lot of speed, especially from those players in the backfield. Even offensive linemen must be quick in this offense, as they will often be pulling to create confusion along the line of scrimmage. 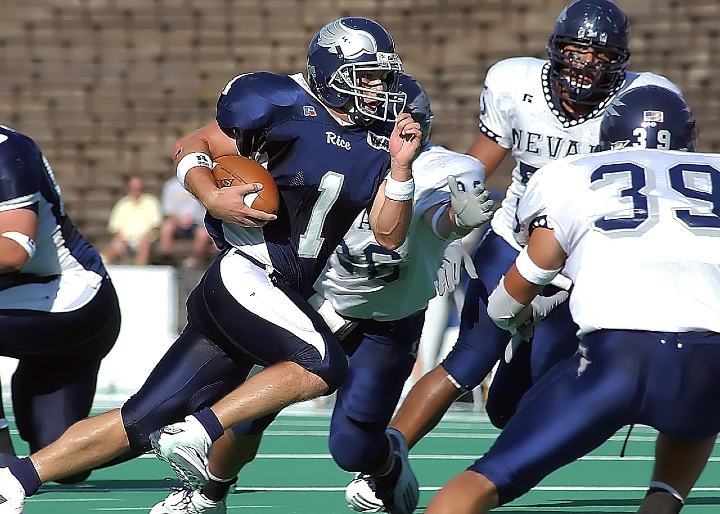 The Flexbone offense will utilize three running backs in the backfield at all times.

This is the key to the offensive formation, as it means that there are technically three players in the backfield who can carry the ball on any given play.

It also means that there are more options for blockers as well as receivers on passing plays.

For the most part, every play in a Flexbone offense will have the same personnel.

That’s another key to the offense, as it keeps defenses guessing because almost all plays (whether they are runs or passes) start out looking the same.

Here is the more traditional personnel in a Flexbone offense:

The Flexbone offense is sometimes known as the Double Wing offense because of how the players line up in the backfield.

The three running backs are made up of a B Back who lines up behind the Quarterback and two A Backs who line up around the same depth as the Quarterback, but out on the “wing.”

Again, it is very important that the formation of the Flexbone offense is the same, or close to the same, on every play.

This is what creates confusion for the defenses, as it’s very hard to predict what play will be coming and/or who will be getting the football.

The standard formation for all Flexbone plays are:

The best way to understand how the Flexbone offense works is to take a look at two specific plays.

And the best way to take a look at how well the offensive formation works is to look at a running play and a passing play.

For this exercise, we’ll look at two plays that are run out of the same basic formation, to further highlight the deception that the Flexbone offense is designed to create. 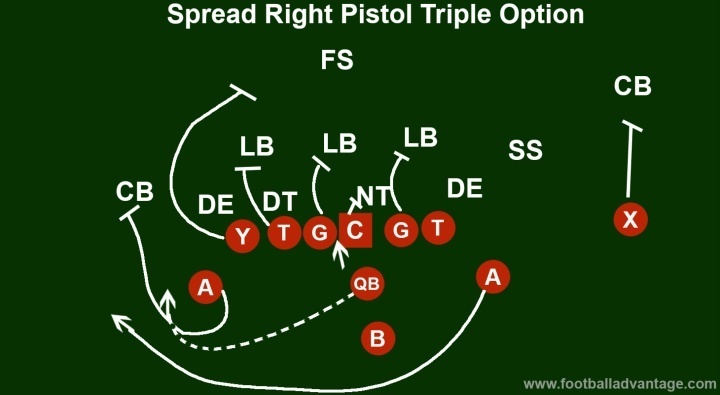 This is a running play that gives the Quarterback three options for a ball carrier — either the B Back, the Backside A Back or himself.

The play is designed to give the Quarterback the option of choosing who the ball carrier should be based on how he reads the defense.

Offensive Line - The offensive linemen will all line up at their normal positions along the offensive line. In most cases, this will result in the defense lining up with four down linemen, three linebackers and a strong safety near the line of scrimmage. At the snap of the ball, the Center will block down on the nose tackle lined up opposite him, pushing him to the right, and the weakside Offensive Tackle will do the same. Both Offensive Guards will get to the second level to block linebackers, as will the strongside Offensive Tackle.

Y Wide Receiver - The Y will line up as a Tight End tight to the formation in this play. His responsibility at the snap is to get downfield and shield off the free safety from making a tackle. Because of this, and the offensive linemen’s responsibilities, this will leave both the defensive tackle and defensive end on the strong side unblocked. These are the two primary players the Quarterback will read to make a decision on how to handle the ball.

X Wide Receiver - The X will line up wide to the right in this formation, at the line of scrimmage. At the snap, he will be responsible for blocking the cornerback lined up on his side of the field.

B Back - He will take a direct path to the line of scrimmage, aiming to run to the A gap between the Center and the Offensive Guard on the strong side of the field. He will be an option as a ball carrier for the Quarterback.

Strongside A Back - At the snap, he will take a reverse curved path to the outside of the formation, in an attempt to confuse the defense. His primary responsibility is to block the cornerback on his side of the field, shielding him from the sideline in case the Quarterback pitches the ball.

Backside A Back - At the snap, he will take a sweeping route in the backfield, behind where the B Back was initially lined up. He will continue that path toward the outside of the field, and serve as an option for the Quarterback to pitch him the ball. 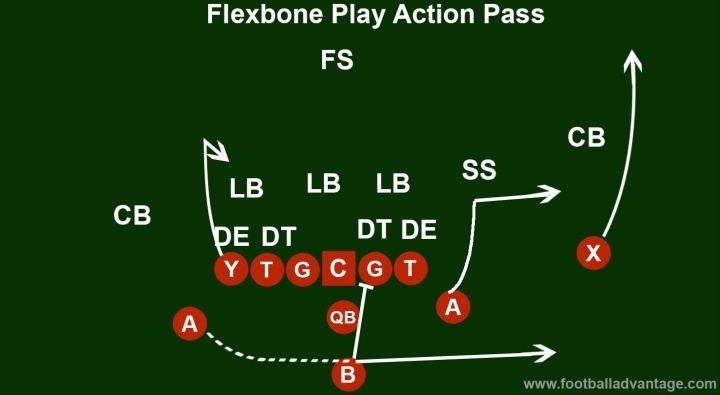 One of the most common ways it does this is through play action passes, where the offense makes the play look like a running play at first, only to end up as a passing play.

Offensive Line - The offensive linemen will be at their normal positions at the line of scrimmage. At the snap of the ball, they will first fake a running play by taking a step forward, then drop back into pass protection.

X Wide Receiver - He will line up wide to the right, at the line of scrimmage. At the snap, he will run a fly route deep down the right sideline.

Y Wide Receiver - He will again line up tight to the line of scrimmage, making this play ideal for a tight end. At the snap, he will fake that he’s blocking down on the defensive end on his side of the field, and then break free to run his passing route. Most of the times, this route will be a Curl to the inside of the field.

B Back - At the snap, he will dive directly to the line of scrimmage, through the A gap on the right side of the field, and block any defender who enters that gap.

Backside A Back - At the snap, he will run an out route about five yards downfield.

Quarterback - He will line up either directly under Center or a few yards back in a mini-shotgun. At the snap, he will fake the handoff to the B Back and/or the pitch to the Strongside A Back who went in motion. His primary passing target is the X Wide Receiver deep, with the Y and Backside A Back as his next options for mid-range passes. His final fallback is the Strongside A Back.

While the Flexbone isn’t seen as much today as it was even 20 years ago, it’s still a solid offensive formation to run, depending on your team’s skillset and talent level.

It’s never used at the professional level, and only rarely used at the collegiate level, but it’s often a good fit for high school and other youth teams.

[…] option formations such as the Flexbone, there may be four running backs on the field at the same time, aligned in various positions to […]