What is a Fade Route in Football? (Full Explanation) 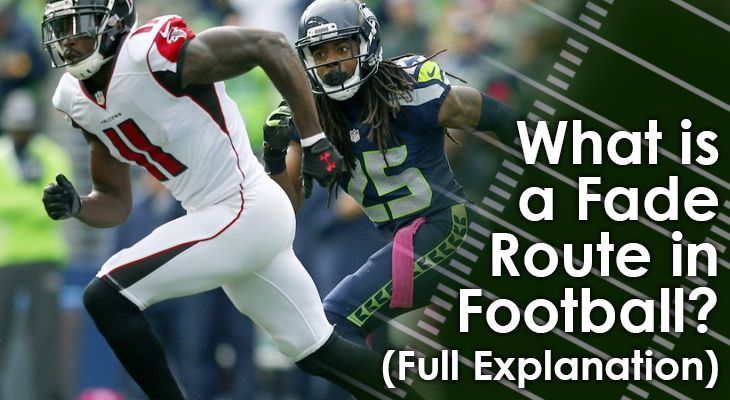 The Fade route is one of the most misunderstood routes in all of football.

Receivers aren't as aggressive as they should be -- but that's because it's often taught to them the wrong way.

Somehow, it's become a route in which the receiver immediately 'fades' toward the sideline once he releases off the line of scrimmage.

When taught this way, receivers naturally start angling themselves toward the sideline right after the snap.

With this, coaches usually only call a Fade route when they're near the goal line.

Approaching the Fade route this way, however, significantly limits its effectiveness.

In addition, it will limit the areas on the field where running the Fade route is possible.

Let's take a closer look at what a Fade route actually is, and how offenses should run from it start to finish.

What the Fade Route Looks to Accomplish:

When run properly, Fade routes can be a devastating passing play called on any part of the field.

It is a very simple play to teach, but takes plenty of time for both the receiver and the quarterback to master.

The Fade is a passing route that will allow the receiver to get a lot of depth on.

Teams should approach it as a vertical route for the receiver, which ends up near the sideline.

In this sense, the Fade is typically only called for outside receivers.

It's much harder for a tight end or a slot receiver to run a Fade route effectively, if only because they line up much closer to the middle of the field.

This isn't to say it's impossible, though; it's just a lot harder.

The Fade route looks to take advantage of defensive backs who are playing in press coverage.

This usually sees the cornerback line up close to the line of scrimmage near the wide receiver.

In this situation, offensive coaches call a Fade to force the cornerback to run quickly with the receiver downfield.

It then forces him to react and try to catch up with a pass that's thrown to the outside. This is no easy task for a cornerback lined up in press coverage.

It's especially tough in man-to-man coverage, where there's no extra help over the top from a safety. 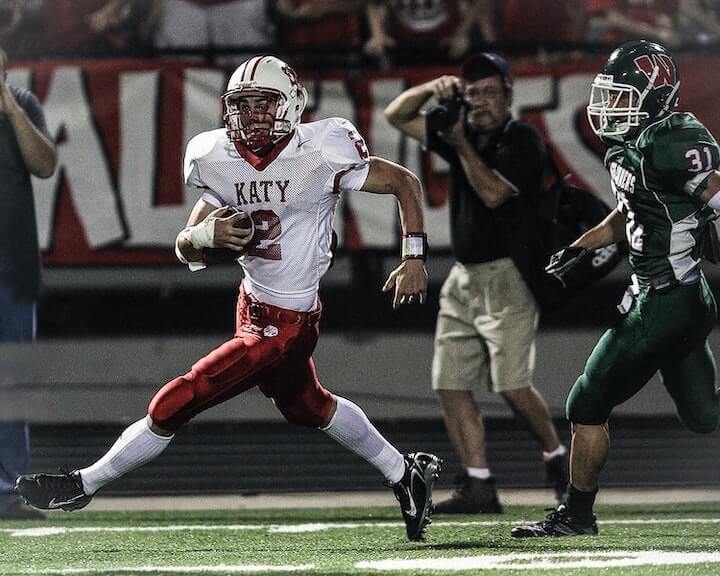 How to Run the Fade Route

At the snap, the receiver should immediately move his feet and work through the cornerback.

He shouldn't try to completely avoid the defender by taking a path that's too far to the outside or the inside.

The goal is to force the cornerback to react quickly and have him turn around and run with the receiver.

Once he gets past the cornerback, the receiver should basically run a Go route., which is a route run straight down the field toward the end zone.

One thing he should do is make sure he keeps at least seven yards between him and the sideline.

While the Fade is a route that ends near the sideline, that part of the route won't happen just yet.

As the receiver is running downfield, he should try to lean into the cornerback, if he can.

Of course, he shouldn't put all his weight into the cornerback nor should he go out of his way to create the contact.

However, he shouldn't also completely try to run away from him toward the sideline.

The final part of this route -- the 'fade' -- will happen once the quarterback throws the ball.

It's initiated by the quarterback's pass and not by the receiver before this point.

In most situations, the quarterback will be looking to place the ball roughly 20 to 25 yards from the line of scrimmage.

In addition, he'll be aiming for a spot that's about five yards from the sideline.

This is why it is crucial for the receiver to run the vertical part of the route with enough space between him and the sideline.

When the ball is in the air, it's then the receiver's job to 'fade' toward the ball and make the successful catch.

This requires him to first get separation from the cornerback (without pushing off), then look up over his shoulder to find the ball in the air.

In the ideal situation, the ball will travel in the air over the receiver's back shoulder (the one toward the sideline).

The receiver will run under the ball and make the catch at a point where it's extremely tough for the cornerback to get to it.

This is why the Fade is sometimes referred to as the 'back shoulder fade route'. 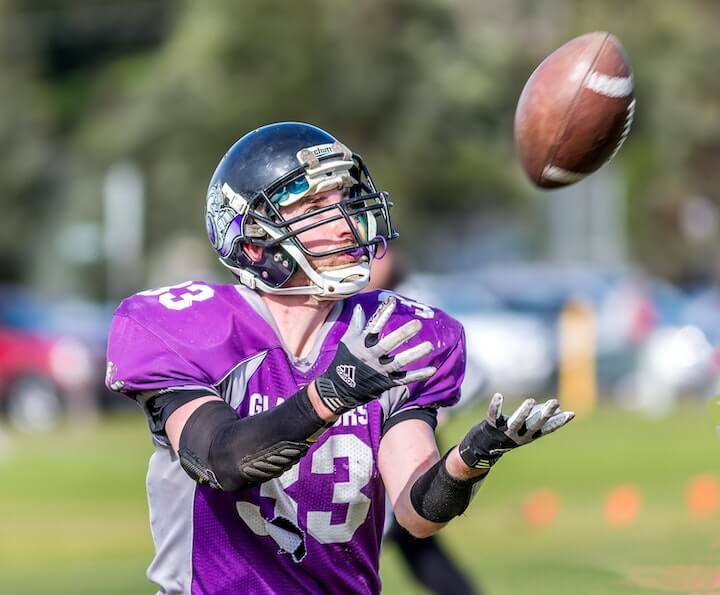 In today's game, more and more teams tend to misunderstand the Fade route and how to execute it.

Nowadays, a lot of teams teach (and use) the Fade route incorrectly. When run properly, though, it can be quite the devastating passing play.

The Fade takes advantage of defensive backs in press coverage by allowing the receiver free rein to get separation on a vertical route.

While the Fade is simple to teach, it does take a lot of practice before the quarterback and receiver can get their timing down.

Once they do, though, defenses should look out.