What is a Dig Route in Football? (Full Explanation) 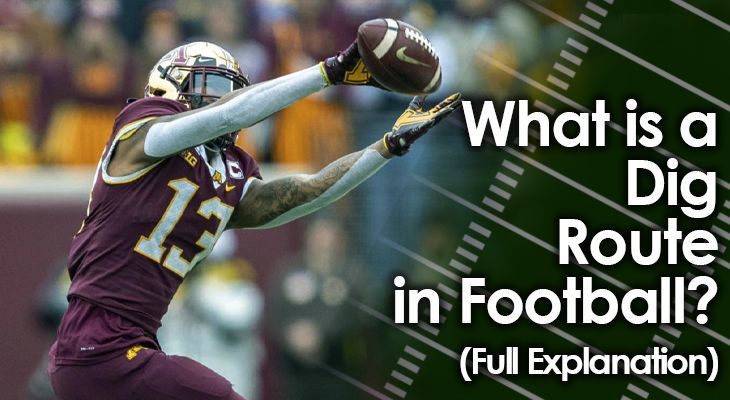 The Dig route is one of the basic passing routes that is taught in football.

It’s sometimes also referred to as the “In route”, because of the direction of the field that it's run to -- the middle.

The Dig route may seem simple enough to run, and it is.

It's not complicated by any means like some other combination routes are.

At the same time, it requires a very precise route-runner to execute properly, as well as quick feet and the ability to stop and shift on a dime.

The key to a Dig route is deceiving the defender into thinking you're going one way, only to stop and change direction.

This point at which the change happens is critical to the success of the route.

The Dig route is often run in combination with other routes that are designed to attack the defense in a very specific way.

This helps open up different areas of the field to make it easier for receivers to get open.

Let's take an in-depth look at what the dig route is, why it's called that, and how to run it.

The Design of a Dig Route 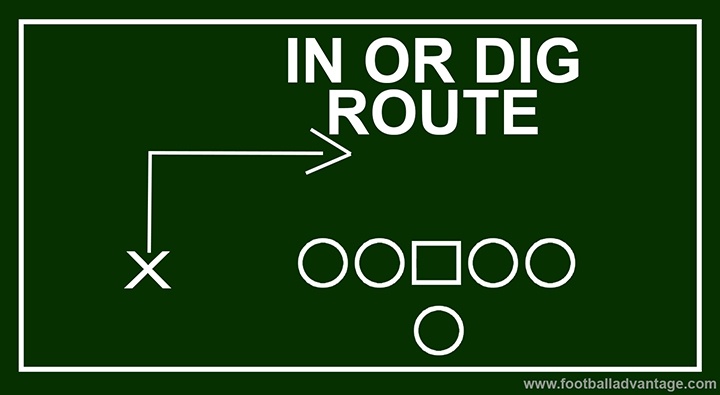 The Dig route is designed to make a defender think that the receiver is going to run a Go route straight downfield.

At the last minute, the receiver will stop, turn and run straight across the middle of the field.

The route is called the Dig because it requires the receiver to dig his feet into the ground when so that he's able to stop and shift his weight properly for the second part of the route.

The Dig is designed to be a shorter route.

It’s most often run within 10 yards of the line of scrimmage.

As such, it’s a route that is run a lot of times by tight ends and inside wide receivers who line up in the slot.

The middle of the field is where a lot of defenders line up.

In the path of the receiver running the Dig route will often be all three linebackers, at least one safety, and possibly even a cornerback.

That's why offensive coaches will utilize routes for the other outside receivers to clear defenders out of the middle of the field.

A lot of times, the outside wide receivers will run routes deeper down the field to clear out cornerbacks and draw the attention of safeties.

Running backs may even run routes to the flat or a wheel route to draw a linebacker out of the middle of the field. 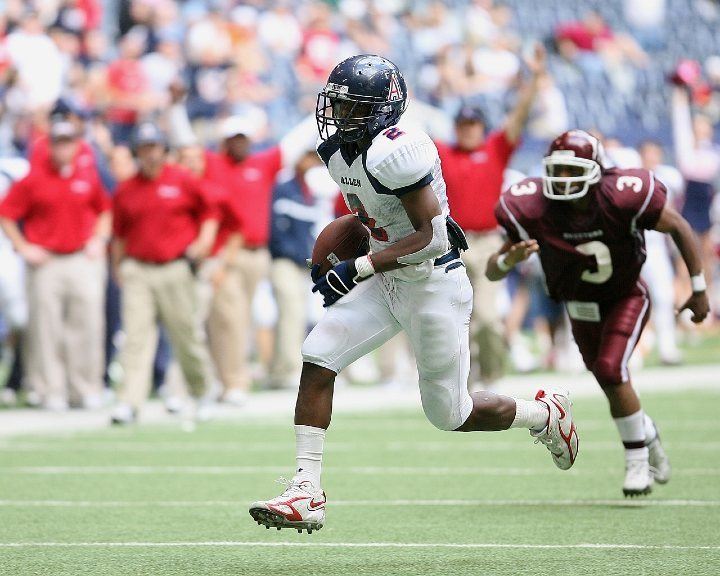 How to Run the Dig Route

The Dig route is relatively simple to teach, but it takes a lot of time and practice to perfect.

In the huddle when the quarterback calls the play, the receiver running the Dig route will know how many yards downfield he'll be running his Dig route.

At the snap, the receiver will sprint straight downfield at full speed.

When he gets about a yard away from his predetermined distance, he'll stop in his tracks. He'll then use his outside foot to push off, and turn at a 90-degree angle so that he's now facing the middle of the field.

At this point, he should be facing the opposite sideline.

For this part of the route, the receiver should run straight down the yard marker toward the opposite sideline.

He'll be running at full speed to create extra separation from the defender, but he also needs to be looking toward the quarterback, as the pass could come at any time.

There are two key moments that will determine the success of the Dig route.

The first moment is when the receiver stops.

At this point, the defender will need to stop as well, and then he'll try to react to follow the receiver.

What the receiver should do here to create separation is not give it away that he'll be breaking off his route.

This will often create separation in and of itself.

Then, he can even fake that he's going to run an Out route, so that hopefully the defender leans toward the sideline and away from where the actual Dig route is going.

The second key moment is as he's running toward the middle of the field.

He'll be creating separation from the defender by using his straight-line speed here.

It's also important that the receiver shields the defender, though.

He does this by making sure the defender is on the outside of him -- or toward the end zone, not the quarterback.

This will give the quarterback a larger target to throw to, while also giving the receiver a better opportunity to catch the pass unobstructed.

The receiver can practice the Dig route by going through cone drills.

This will help him sprint, stop and change direction quickly -- all skills that he'll need to master in order to run the Dig route.

The Dig route is one of the basic passing routes that receivers will learn.

It's a very simple route to learn, but again, it takes a lot of practice and nuance to master.

The route is designed to attack the defense over the middle of the field.

To clear some space for the receiver to roam, offensive coaches will often have other receivers run routes that will clear the middle of the field.

This will give the receiver running the Dig route a better chance to roam free.