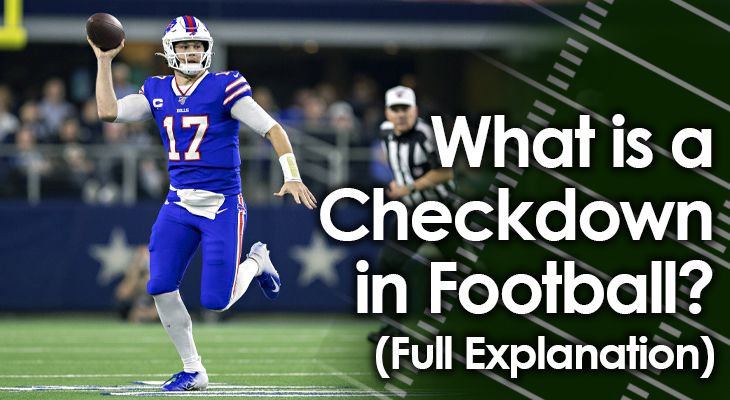 A "checkdown" in football occurs when an offense runs a passing play but things don't go according to plan.

As we all know, offenses draw up passing plays with the intent to hit their primary targets.

In most cases, the primary targets are wide receivers who run a variety of different routes downfield.

For every passing play, the quarterback has what's called a "progression."

This means he has a primary target, then secondary and tertiary targets if the primary isn't open.

When he takes the snap from the center, he must scan the field looking for open receivers.

If his primary target isn't open, he progresses to the secondary target, and so on down the line.

There are some plays when the quarterback won't find any of his wide receivers open in their passing route.

As the pass rush is starting to get closer to him -- and as the clock in his head is ticking -- the quarterback must make a decision.

At this point, he can either take a sack -- which would certainly not be the preferable option...

He can tuck the ball and run with it -- which might not be great, either, if he isn’t mobile and can't find a running lane...

Or, he can check the ball down to a running back or tight end running a short route.

This is where the term "checkdown" comes from.

Let's take a closer look at what a checkdown is, and how it's used in football.

What is a Checkdown?

A "checkdown" is a generic term in football that refers to a quarterback throwing a short pass to a running back or tight end running a short route.

It doesn’t refer to any short route that these positions run, though.

Instead, it refers to when the quarterback opts to throw this shorter route because all of his other wide receivers aren't open -- his final passing option before scrambling or taking a sack.

One complementary term that you'll hear a lot when talking about a checkdown is "safety valve."

These backs and tight ends won't be expecting to be receiving the pass, but they need to be ready in case the quarterback finds himself in trouble.

Many times, these short routes are close to the line of scrimmage, with the back or tight end having the ability to improvise and find open room  should the quarterback start to look his way.

While the checkdown would be considered a consolation prize on a passing play -- since the quarterback was unable to throw to one of his primary receiving targets -- it's certainly a lot better than a negative play such as a sack or a turnover. 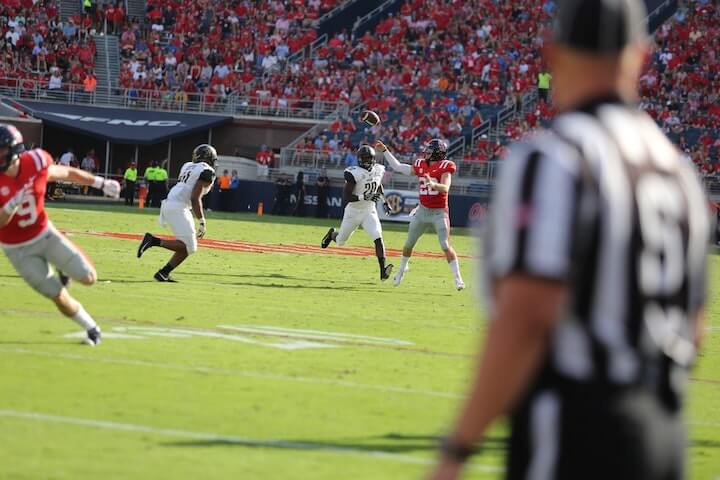 How Checkdown Routes are Run

On almost every passing play, the offense will designate one player who will run a safety route.

Most of the time, the players running these routes will be either a running back or a tight end.

The checkdown isn't an official route. Rather, it refers to the fact that the receiver is the quarterback's last passing option should no other receiver get open.

Again, these routes are usually close to the line of scrimmage -- maybe only a yard or two beyond it, at most.

At the snap of the ball, the back or tight end running a checkdown route probably won't sprint straight to his spot on the field...

Instead, he will meander a bit and scan the field to see where there might be openings as the play starts to develop.

The player will move forward but slowly, looking at where defenders are going to try to cover other players and/or rush the quarterback.

Once the player has identified a potential opening, he should run to an open spot.

Then, he should stop and turn back to the quarterback so he's ready to receive a pass.

The player at this point needs to identify if the quarterback is having trouble finding another open receiver.

It'll be easy to spot if the quarterback is still holding the ball after a second or two and is moving his head from side to side scanning the field looking for an open receiver.

When the player running a checkdown sees that he's going to be the intended target, he may need to improvise.

He'll most likely be standing still when the quarterback first looks at him, so he should quickly scan where an empty space near him would be and then run there.

The quarterback's job is to see where the player running the checkdown is running and then lead him with a pass in a direction where he'd be able to catch the pass.

If he's able to catch the pass successfully, the player running the checkdown route should just secure the pass and gain as much yardage as possible.

Many times, a pass to the checkdown player won't result in many yards gained, but that's OK.

The more important thing is that the quarterback avoided a negative play, and that the player catching the checkdown pass just secures the ball. 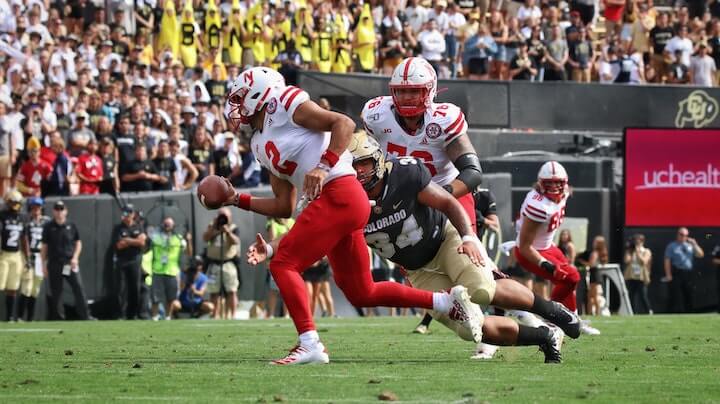 The checkdown in football isn't the most exciting play, but it's a positive play for the offense.

While the quarterback would love to always throw a pass to an open primary receiver, there are some passing plays where that's just not possible.

That's why running backs and tight ends will sometimes run a checkdown route, serving as the safety valve for the quarterback should no one else get open.