Why Does the NFL Have a 2 Minute Warning? (Explained) 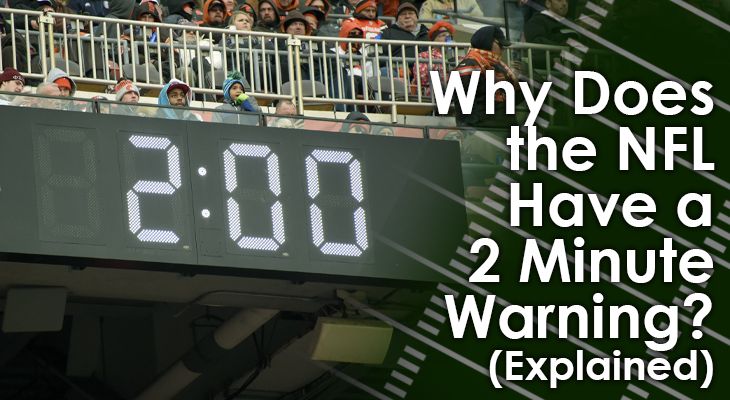 The NFL has some rules that are very unique.

Some of these rules have slight variations at other levels of the game of football, while some aren't used at all.

One such rule that is only used at the NFL level is the "2 Minute Warning".

Before the end of the 2nd and 4th quarters, there is a pause in play when the game clock hits the 2-minute mark.

It's a rule that dates back to the very beginnings of the NFL.

When you look at the initial reason for the rule, it doesn't seem to have a place in today's NFL game anymore, yet it's still around.

Let's take a closer look at what the 2 Minute Warning is, how it came about, and why it's still used in the NFL today.

What is the 2 Minute Warning Rule?

The "2 Minute Warning" is a pause in the game when there are two minutes left before the end of both halves of the football game -- the 2nd and 4th quarters.

When the referees calls for the warning, there is a full timeout on the field.

The teams go to the sideline, and the game has a commercial break before resuming again.

However, it isn't always called at exactly the 2:00 mark. Play doesn't immediately stop when the clock reaches the 2-minute mark while in the middle of a play.

Instead, the ref will call for the 2 Minute Warning following the completion of that play.

If the offense snaps the ball with 2:02 left on the clock in the second quarter, the ref will allow the play to finish even it goes on for more than two seconds.

If the player were to stop after 5 seconds, at which point the clock would have 1:57 remaining, the ref will then blow the whistle, signaling the 2 Minute Warning.

No matter what that previous play was, the clock will stop -- even if it was a completed pass or a successful run. 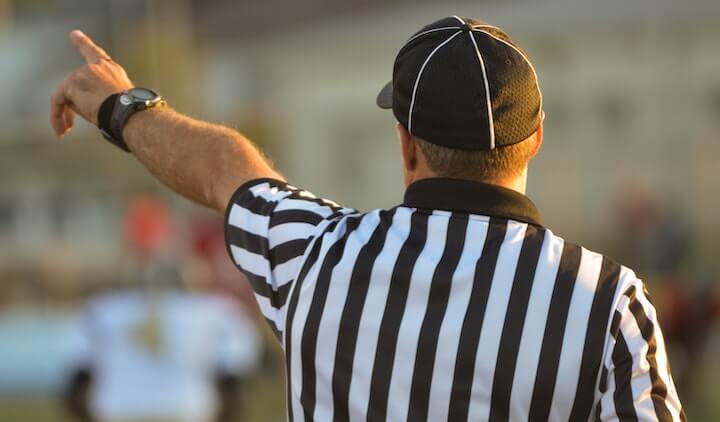 Why Does the NFL Have the 2 Minute Warning?

The rule was in place in the early days of the NFL.

Back then, there was no game clock perched high somewhere on the stadium for all players, coaches and fans to see.

Instead, the official game clock was kept by a stopwatch that one of the refs had on his wrist or in his pocket.

Whenever someone wanted to know how much time was remaining, they would need to ask the ref.

The referee would then have to check the manual clock he was keeping.

The NFL instituted the "2 Minute Warning" as a way to pause, let the ref check the time, and inform both teams.

Back then, it was as a way to equalize the game for both sides as it allowed them to plan their next plays as the end of the first half or the game drew closer.

Why Does the NFL Still Have the 2 Minute Warning?

In the 1960s, stadiums around the country started installing stadium clocks that were visible by everyone on the field.

It was at this time that the NFL also made the stadium clock the official game clock.

Since both sides could now simply look up to see the clock, it sort of removed the necessity of the 2 Minute Warning.

"So, why does the NFL still have it?"

One of the major reasons is that it adds to the excitement of the game at important moments.

The pause in game action allows the excitement to build among fans, players and coaches alike.

The 2 Minute Warning is a signal that the most important moments of the game are here.

At the same time, it gives both teams an equal chance to regroup and make necessary adjustments to their plans as the game winds down.

From a revenue standpoint, it also gives television networks an extra planned commercial.

It's one of the more desirable commercial time slots too as people are likely glued to their TVs at this point. 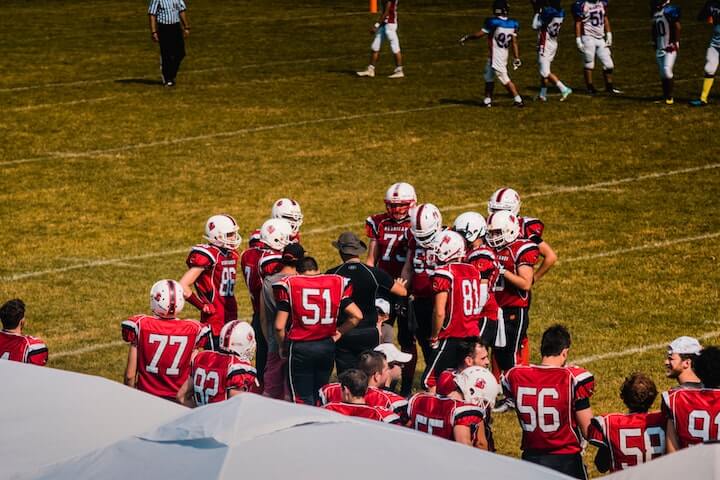 Do Other Leagues Have a 2 Minute Warning?

The simple answer is no.

There are some similar rules in other leagues and levels of the game, though.

In NCAA football, there is no official stoppage for a when the game clock reaches 2:00.

However, the ref must notify coaches and team captains of each team when there are two minutes remaining in the game.

The ref must give them all a verbal warning of this, even though the stadium clock shows the time.

The Canadian Football League north of the border uses a 3 Minute Warning instead.

It works much like the NFL's, except it lasts one minute longer at the end of the first half and the second half.

The NFL is the only level of football in the U.S. that uses a 2 Minute Warning.

When it's called, the referees pause the game for a commercial break.

This allows the teams to gather together and strategize for the most important parts of the game.

While the rule was initially instituted in the early days of the NFL when there was no stadium clock, the league decided to keep the rule in place.

One of the main reasons they've done so is to build excitement as the game's most important times are about to take place.