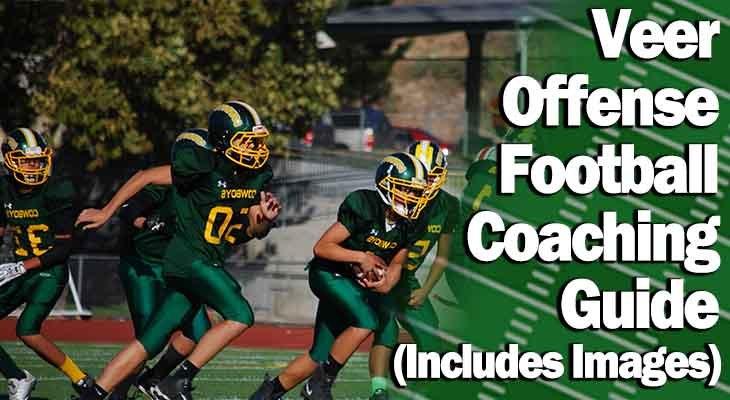 The Veer Offense is more so an offensive philosophy than it is a specific formation out of which multiple plays are run.

In essence, the Veer is an option running play that offenses mostly at the high school -- but sometimes at the collegiate -- level use to keep defenses off balance.

Like other option plays, the Veer is used to create deception by giving the offense multiple choices for who the ball carrier may be on any given play.

It is often known as a triple option, meaning that there are three potential ball carriers for every play -- the quarterback plus two running backs.

What's different about the Veer Offense compared to other option-style offenses, though, is that it can be run out of multiple formations, as we'll soon see.

Some teams (such as the Nebraska teams of old) run it out of the I-Formation.

Other teams (such as the current Kennesaw State teams) run it out of a more traditional spread set with wing backs.

This adds even more deception to the Veer Offense, since it's tough to spot pre-snap just based off how the offense is lining up.

Who Should Use the Veer Offense?

Offenses With Multiple Running Backs - The first key to running a Veer Offense is that you have to have multiple running backs who can carry the ball. You'll need at least two running backs on the field at all time for this offense, and sometimes even three, depending on the formation you'll choose.

Offenses With a Running Quarterback - Again, the quarterback will be one of the running options on every play. As such, you'll need a quarterback who has the ability to run the ball well in order for the offense to work properly.

Good Run-Blocking Line - The Veer Offense will feature running plays almost exclusively, so it'll be necessary to have offensive linemen who are good at run blocking. This includes guards and tackles who are adept at pulling and moving down the line laterally as well as vertically.

Who Should Not Use the Veer Offense?

Teams With Pocket Passers - If the quarterback on your team is a traditional pocket passer, then the Veer Offense is probably not for you. The quarterback won't be throwing too much with the Veer Offense, and he'll need to be mobile, able to move laterally well and carry the ball from time to time.

Teams With Skilled Pass Catchers - While the offense will use wide receivers and tight ends, they won't be catching too many passes. If you have a lot of skilled pass catchers on your team, then, the Veer Offense might not be the best fit.

Smaller Offensive Lines - Teams that have smaller offensive linemen may not be a great fit for the Veer Offense. While the plays will require the linemen to move around a lot, they'll also need to play a smashmouth style of game, moving heavy defenders off the line of scrimmage and opening up holes for the running game on just about every play. It's a little challenging to label the personnel in the Veer Offense, as it can be run out of multiple formations, as discussed earlier.

This means that some teams will run the offense with four three running backs, while others will run it with four.

The most traditional way to run the offense, though, is with three running backs, so we'll discuss that here for now.

Here is the more traditional personnel in a Veer Offense:

Again, for the purposes of this description, we'll use the Kennesaw State version of the Veer Offense, which is the more traditional version.

In it, there will be five offensive linemen, three running backs and two wide receivers spread out wide.

The idea is to create a lot of open space on the field outside of the tackles for players to run.

The standard formation for all Veer plays are:

Center (C): Lines up at his normal position over the ball

Offensive Guards (G): Line up at their normal position on either side of the Center.

Offensive Tackles (T): Line up at their normal position on either side of the Offensive Guards:

X Wide Receiver (X): Lines up wide to the weak side of the offense, which is usually the left side of the field. He will line up on the line of scrimmage.

Y Wide Receiver (Y): Lines up wide to the strong side of the offense, which his usually the right side of the field. He, too, will line up on the line of scrimmage.

Quarterback (QB): Lines up directly under the Center, where he will take the snap.

B Back (B): Lines up directly behind the quarterback, about five yards back in the backfield.

A Backs (A): Line up approximately one or two feet deeper than the Quarterback and on a diagonal line from the outside of the Offensive Tackle toward the sideline on their side of the field.

To truly understand how the Veer Offense is deployed, it's best to take a look at two plays that look completely different at the start, but that have the same triple option principle in practice. On this play, the offense will have five offensive linemen in tight, two wide receivers split out wide on either side of the field, and three running backs in the backfield along with the quarterback.

The idea is to create space for the running game, which will look to take the ball to the right of the field outside the strong-side offensive tackles' outside shoulder.

Offensive Line: At the snap of the ball, each offensive lineman except the strong-side Offensive Tackle will take a hard step to the right in an effort to hook the defender in front of him -- or one at the second level -- to the left side of the field. The idea is to block the defenders away from the side of the field where the play is going.

X Wide Receiver: The X will run a deep slant toward the middle of the field once the ball is snapped. The idea is to draw the cornerback opposite him away from the line of scrimmage, and possibly even attract some attention from the strong safety. The X will then block off the closest defender from getting to the right side of the field.

Weak-Side A Back: The A lined up on the left side of the field will go in motion before the snap. He will take a sweeping arch path toward where the B Back is lined up. At the snap, he will continue that arched path to the outside of the field, between where the strong-side A is and the Y are lined up. He will be one potential pitch option for the quarterback.

Strong-Side A Back: The A lined up on the right side of the field will be a lead blocker. At the snap, he will take a lateral path first, then slant toward the outside of the field. His job is to primarily block the cornerback if he does not follow the Y on his route. If he does follow, then the A will look to block any player on that side of the field.

B Back: At the snap, the B will take a direct path to the line of scrimmage right behind the Offensive Guard on the right side of the field. The Quarterback will have the option of handing the ball off to him directly. If he does not receive the handoff, he will still fake as if he was given the ball.

Quarterback: At the snap, the Quarterback will immediately open up to his right side and have the option of first handing the ball off to the B. If he does not, he will then take a lateral path down the line of scrimmage to the right side of the field, reading how the strong-side defensive end and Sam linebacker are reacting to the play. He then will have the option of pitching the ball to the weak-side A back (who went in motion pre-snap) or carrying the ball upfield himself. This second play will run the Veer Offense out of the I-Formation.

There will be a few changes to the formation here.

The idea with this play is to trick the defense into thinking it's either a more traditional running play with a lead blocker, or a passing play to one of the receivers.

Offensive Line: At the snap, the offensive linemen and the tight end will all take sharp steps to the right. Their goal, again, is to hook the defender lined up opposite them and block them away from the play, to the left side of the field.

Y Wide Receiver: The Y will also line up wide to the right, closer to the sideline than the X. He will line up in the backfield, though, a few steps off the line of scrimmage. At the snap, he will also run a similar corner route to the X, attempting to draw the cornerback away from the line of scrimmage as well.

Running Back: The RB will line up directly behind the FB, about two steps behind him. At the snap, he will take a direct wide path to the right side of the field in the backfield. He will be the quarterback's second option. If the QB fakes the handoff to the RB, he will then be able to pitch the ball to the RB.

Quarterback: At the snap, the QB will immediately open to the right and present the ball for a handoff to the FB. He can then choose to either hand it off or pull it back. If he pulls it back, he'll then run out laterally down the line of scrimmage to the right, reading how the defensive end and linebacker on that side of the field are reacting to the play. He then has the option to either pitch the ball to the RB or carry the ball himself.

The Veer Offense is a great offense to run for teams with multiple running backs and a quarterback who can run, too.

The great part about the offense is that, unlike some other triple option offenses, it can be run out of multiple formations.

This gives the Veer Offense another level of deception, as it's very hard for defenses to identify a play as a Veer Offense before the ball is snapped.