What is the Twins Formation in Football? (Explained)  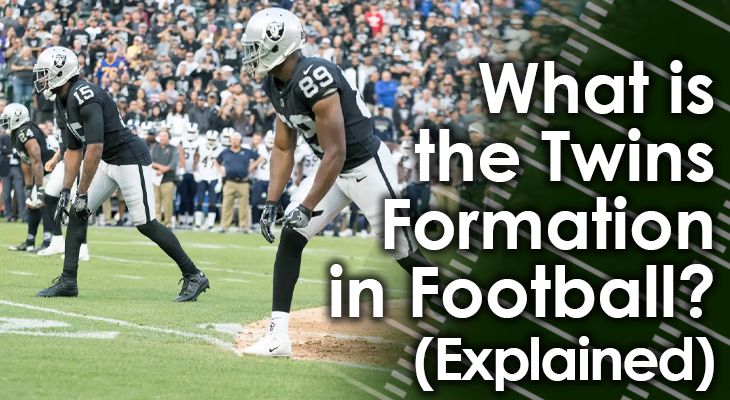 Football coaches use many different formations, on both sides of the ball.

One such formation on offense is called the Twins Formation.

The name 'Twins' refers to the grouping of wide receivers lined up on each side of the line of scrimmage.

The Twins Formation is one that any offense could technically use...

But it's most effectively used by offenses that like to spread the field out and run faster plays rather than big + bruising plays.

Let's check out some of the reasons why:

Which Teams Should Use the Twins Formation?

The Twins Formation is used a lot by offenses that run the Shotgun Spread.

This is because they will like to literally spread the field out with players from sideline to sideline, rather than stacking bigger, bulkier players in tight near the offensive line.

With four wide receivers in every play for the Twins Formation, that will also limit how many other *big bodies* can be on the field.

Those four receivers with the five typical offensive linemen (center, two guards, and two tackles), leaves only two other players remaining on the field.

One of these will be the quarterback, with the other a running back in most cases.

(though it could be a tight end, too)

As you can see, this lineup is smaller than one that might have a fullback and two tight ends.

Because of this, teams that want to run fast and use more skilled position players will use the Twins Formation more often than those that want to run hard-nosed, between-the-tackles runs most of the time.

Offensive coaches will have a lot of freedom to deploy different variations of the Twins Formation.

They have the option of lining up receivers close to each other, or further apart -- based on what kind of spacing and confusion they want to cause.

Both options create numerous possibilities for screen passes and crossing routes that can force defenders to stumble.

Offenses can start with a single running back in the backfield, or they can have no running backs and sub in either a fifth wide receiver or a tight end to the formation.

The different options for alignments is a huge plus for the Twins Formation.

One way offensive coaches will confuse the defense using the Twins Formation is by utilizing a lot of pre-snap motion.

The great part is that this motion can start from five different players -- and they can end up in all different spots on the field.

All this pre-snap motion not only causes a ton of confusion for defenses, it also opens up the possibilities to create many different 'mini alignments' within the Twins Formation.

As we mentioned earlier, the Trips alignment is an example.

Motioning a receiver to the backfield could set up a mini I-Formation, in essence.

All of this really opens up the playbook to the offense.

On paper, the Twins Formation appears to be a pass-heavy formation.

And with four wide receivers on the field at all times, it's easy to see why this is the case.

Even with this, offenses can still find an equal amount of success with both running and passing plays out of this formation.

Teams that have mobile quarterbacks and can run Read-Option plays are particularly fond of this formation as it caters to their skill level and personnel quite well.

Teams don't necessarily have to run the formation on shotgun, either.

The quarterback can easily line up under center and still run the Twins Formation just as successfully. 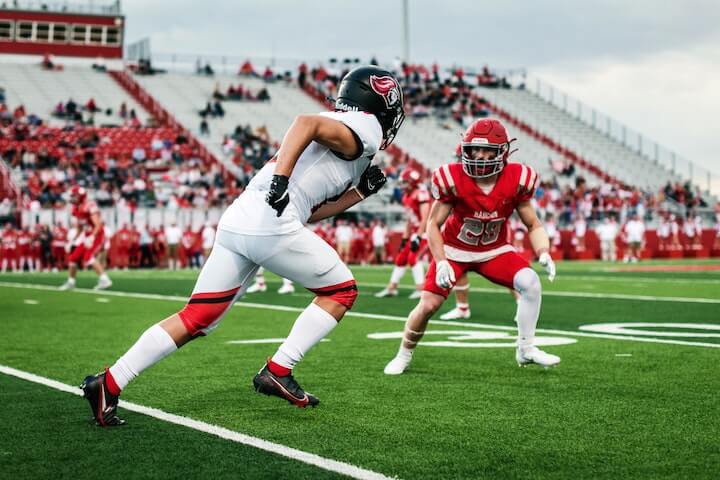 Offenses that have very athletic tight ends, and good at blocking and running routes, have even more flexibility with the Twins Formation.

In essence, they can use this tight end as the fourth receiver in the formation.

They can split him out wide to start every play as if he was a traditional wide receiver.

This alignment would allow the tight end to run a lot of passing routes, screens, and serve as a good downfield blocker if the play goes to his side of the field.

Coaches can also call the tight end in tighter to the formation in pre-snap motion as well.

This would create a more traditional four-receiver, five-offensive linemen formation with a tight end lined up tight at the line of scrimmage.

This type of alignment would cater more to power running plays, which teams can utilize in goal-line and short-yardage situations.

The Twins Formation may look limiting at first glance.

In reality, however, it's an extremely versatile formation that lends itself to creating a lot of confusion among defenses.

Not all teams will be able to run this formation, since it requires having four good wide receivers (or three plus a good tight end).

But, if you're able to run it with your personnel, it's worth looking into.