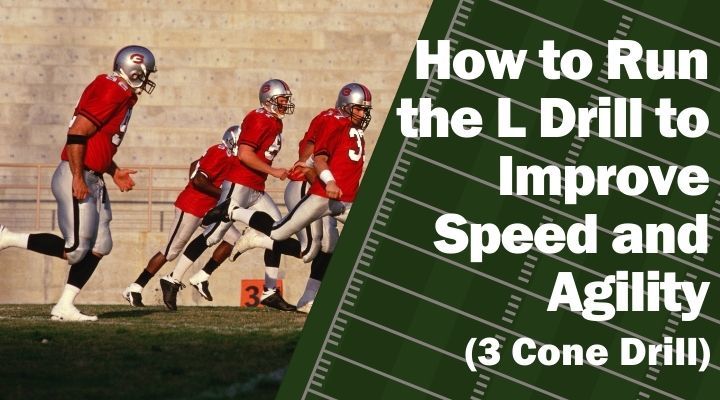 Football coaches are always looking for ways to help their players improve the basic skills that’ll make them better.

These drills are run mainly during the second part of practice when the team breaks down into positional drills for both offense and defense.

This is done because defensive linemen, for example, need to learn skills and techniques that quarterbacks don't need to learn, and vice versa.

But there are also some drills that coaches can teach all players, regardless of the position they play.

That's because there are basic skills and techniques that all players need to learn and improve on whatever their offensive or defensive specialty.

Two of the main skills (or traits) that football players always need to improve are speed and agility.

Every player needs to be fast (or at least quick) to do his job effectively. Every position requires a player to have agility as well.

One of the most effective drills that football coaches can teach players to help them work on their speed and agility is called the L Drill.

Let's take a look at how the L drill is set up and run so that you can teach your players how to run it.

How to Set Up the L Drill 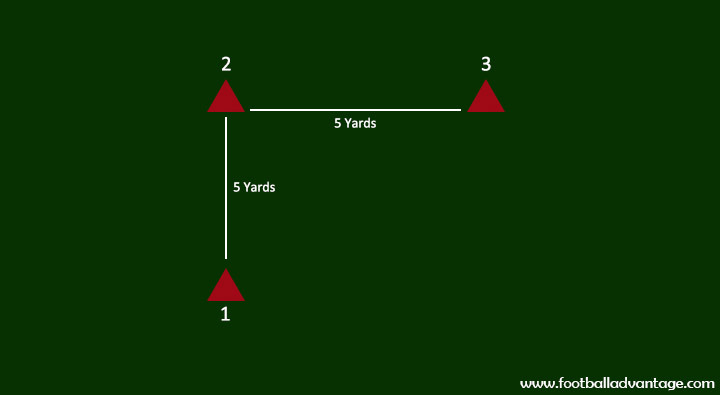 To set up the L-Drill, you’ll need three cones.

This is why the drill is sometimes referred to as the 3 Cone Drill.

You're going to need an area on the field that’s roughly 30 square yards to run the L Drill.

This will give you enough space to set up the cones as well as give players enough room to run around the cones.

Start by setting up one cone at what’ll be the starting point of the drill.

Then, set up a second cone five yards directly in front of the first cone.

Finally, set up the third cone five yards directly to the right of the second cone.

When all the cones are set up, it’ll look like they form an upside-down L, which is where the drill gets its name from.

How to Run the L Drill 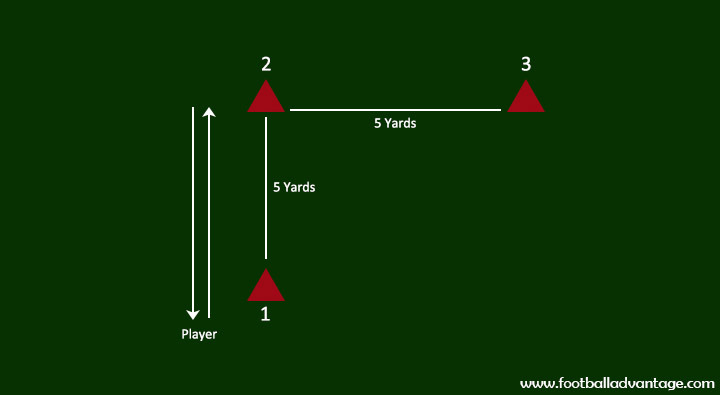 Now that the cones are set up, it's time to run your players through the L Drill.

This drill will have a few different parts. It can be run by only one player at a time.

Players will start at the first cone.

All players will start in a three-point stance, with one hand on the ground, regardless of whether they start in this stance at their position.

When the coach blows the whistle, the player will sprint straight ahead to the second cone.

When he reaches that cone, he’ll need to bend down and touch the line near the cone.

Then, he'll turn around and sprint back to the original starting cone, touching the line near that cone.

Once he gets back to the original cone, he must turn around again and face the second cone.

He'll then sprint around the second cone, turning to the right to head to the third cone.

He'll then need to make his way around the third cone in a figure 8 fashion, to head back toward the second cone.

Finally, he'll need to spring around the second cone and pivot to his left to head back to the first cone.

He'll then sprint through the starting line to finish off the drill.

The player can choose either hand to touch the line near the cones in the first part of the drill. 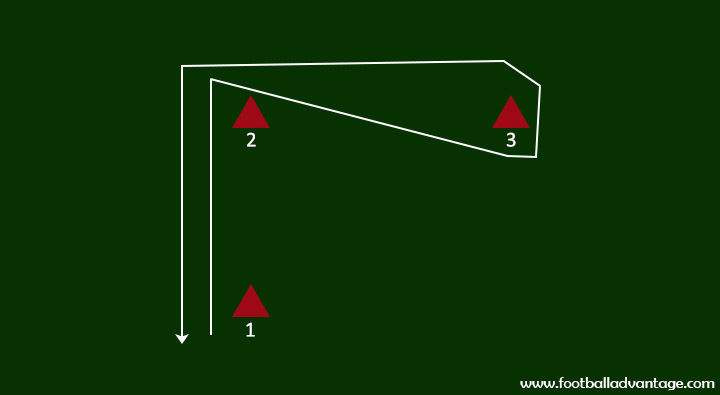 After you teach your players how to run the L Drill, you can take it to the next level and help them improve their speed and agility even more by timing them.

The best way to do this is to set a baseline (or target) time for each position.

For example, make it a goal for your offensive linemen to complete the drill in 1 minute.

The goal for your faster players (like your running backs and wide receivers) should be less time.

You can make it a challenge for the different positions, too.

Once all players in a particular position group meet the benchmark time goal, they don't have to run the drill again.

If even one player in the group doesn’t reach the goal, though, have the entire position group run the drill again.

This is a great way to insert team-building skills into your practice drills as well.

Players will motivate each other to do well in the drill so that they don't have to run it again.

It's a drill that should be run by players at all positions since it works on improving speed and agility.

The L Drill is very simple to set up and teach.