What is the Hail Mary Play in Football? (Explained) 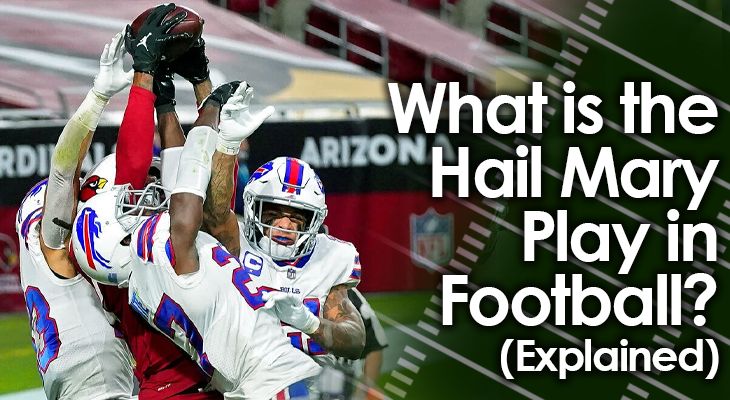 Your team is losing with only seconds left in the game, and only a touchdown will win you the game or tie it up.

What do you do?

You call for every receiver you have to run straight downfield to the end zone.

Have your quarterback heave a long pass high in the air, and say a prayer that someone on your team will catch it.

That is the essence of what's called a "Hail Mary" play in football.

It's a last-second attempt to tie or win a game when there's only a few ticks left on the clock and no other option in your bag of tricks.

The Hail Mary can be one of the most exciting plays in all of football when it's successful for the offense, and the most heart-wrenching for the defense.

Let's take an in-depth look at what the Hail Mary play in football is.

What is the Hail Mary Play?

A Hail Mary is a long, deep pass play thrown as time is expiring on the clock.

There's no score requirement for a Hail Mary play to take place.

While there is the chance that the defense could intercept such a pass, it's unlikely that they would be able to return it for a touchdown.

In other words, it's a very low-risk play for the offense.

Offenses will only run a Hail Mary play when there's literally no other choice to score points before the end of the half or end of the game.

If the offensive team is down by 2 points and is in field goal range, for example, they wouldn't run a Hail Mary play to try to score a touchdown.

Instead, they would attempt a last-second field goal to win the game in that scenario.

This means that a Hail Mary play is only called when a team is out of field goal range.

The score actually doesn't matter -- just the fact that the offense will throw a long pass downfield and hope that someone comes down with it.

While it's a low-risk play for the offense, there's also a very low rate of success on it too.

That's why it's only called when there really is no other option for the offense.

How to Run a Hail Mary Play

The Hail Mary is extremely simple to run compared to most football plays.

Offenses will bring as many receivers on the field as possible and split them all out wide.

This means there will be no running back, only five offensive linemen, the quarterback, and five wide receivers.

The offense will have the quarterback start the play in shotgun formation.

This will give the receivers more time to run downfield before the quarterback throws the ball.

At the snap, all receivers will run straight downfield.

Their goal is to get to the end zone as quickly as possible, and then turn around and see where the ball is.

The quarterback will take the snap and roll to the right or left to buy some more time for the receivers to get downfield.

When the receivers are at or near the end zone, the quarterback will launch a deep pass downfield.

The throw should be extra high in the air to gives the receivers time to get under the ball.

This will make the Hail Mary pass travel more like a kickoff or punt than a typical pass.

It will be higher and come down from a greater trajectory than a normal pass from the quarterback -- except it will be in a spiral.

The receivers then need to track where the ball is heading and try to catch it as it comes down near them.

Defenders will all be lining up around that area as well, trying to simply knock the ball down.

To try to make it more successful, receivers should act as if they are basketball players going for a rebound.

They should try to use their bodies to box out the defenders from the ball, and then leap as high as they can and catch the ball at its highest point.

This certainly isn't an easy play to complete, which is why offenses are basically saying a prayer that it works. 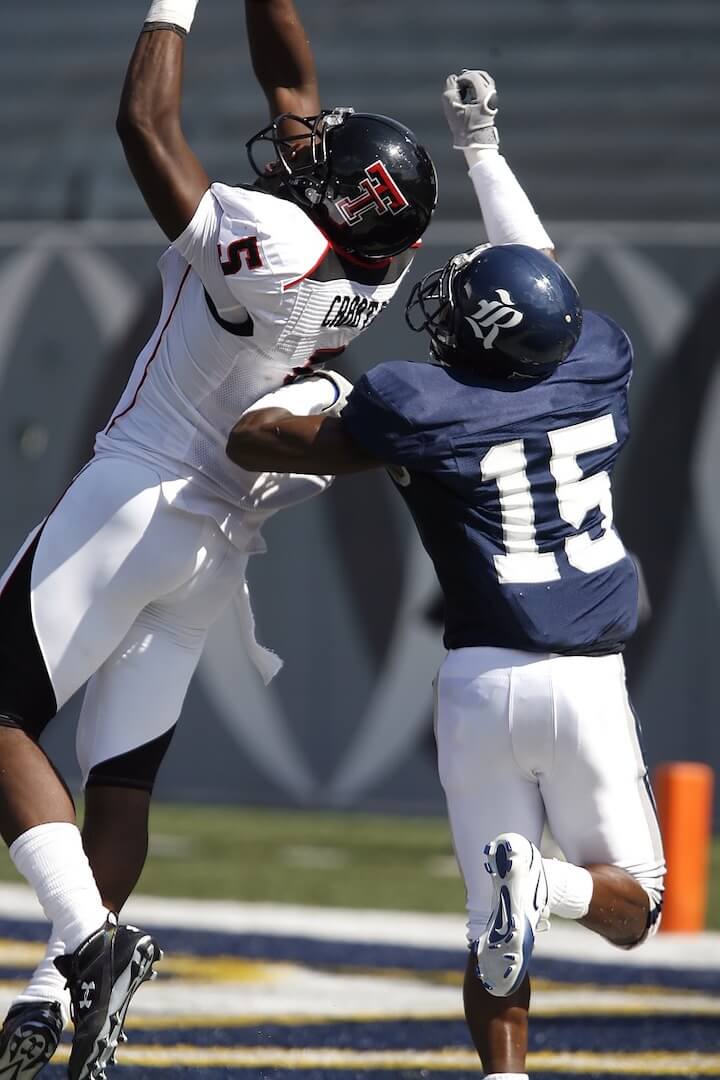 How Old is the Hail Mary Play?

In December of 1975, the Dallas Cowboys were playing a game against the Minnesota Vikings.

It was an extremely important game, as it was the NFC Divisional Championship of the NFL playoffs that year.

The Cowboys were losing by 4 points, 14-10, with only a few seconds left in the game.

The Cowboys' quarterback, Roger Staubach, launched a long pass deep downfield as the clock winded down.

It was a 50-yard pass caught by Drew Pearson, a wide receiver for Dallas, in the end zone, giving the Cowboys a last-second surprising win.

The play got its name from Staubach, who explained to reporters after the game that he "closed my eyes and said a Hail Mary" as he launched the ball downfield.

And thus, the play became known from there on out as the "Hail Mary" play.