What is Targeting in Football? (Rule Explanation) 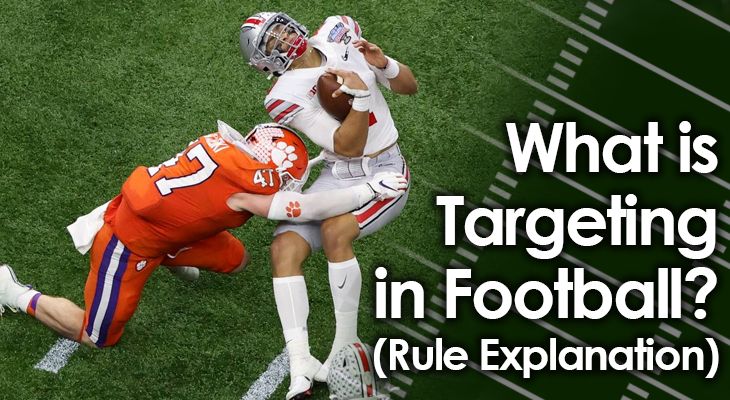 In the last few years, football leagues have been trying to crack down on plays that have a high chance of causing serious injuries.

This is especially true for any play that could result in a serious head injury.

As a result, the NFL, college football, and even other levels have instituted a new rule called "Targeting."

This is a great new rule that seeks to eliminate hard hits to an opponent's head, which is a serious cause for concern.

There are serious consequences for Targeting penalties.

Not only does it result in big penalty yardage but could also see a player get kicked out of a game.

The Targeting rule is fairly easy to understand, but a lot of times, it's a judgment call on the part of the referee.

In addition, football is such a fast-moving game that hits can sometimes look much more dangerous in real-time than they are in reality.

This has, at times, resulted in players getting flagged for Targeting fouls even though they didn't break any rule.

Let's take a closer look at the Targeting rule, how it's enforced, and what the consequences are when it's called.

What is the Targeting Rule?

The Targeting Rule states that players are prohibited from hitting another player with the crown of their helmet.

In the NFL, which first instituted the rule back in 2008, there are some exceptions to this rule.

Any incidental or inadvertent contact with an opponent's facemask or helmet is allowed.

In college football (and at other levels of the game), the rule is much stricter.

It's defined as any time a player "takes aim at an opponent for purposes of attacking with forcible contact that goes beyond making a legal tackle or legal block or playing the ball."

This means that not only is forcible contact that leads with the crown of a helmet illegal, but so too is any contact to the neck or head area of a player who is defenseless.

The rule explanation alone can be a little confusing, so let's take a look at some examples of plays that would lead to Targeting fouls.

These are the four general examples of what constitutes a Targeting penalty.

This should help you understand hits would get called by a ref as a penalty, and what hits might not. 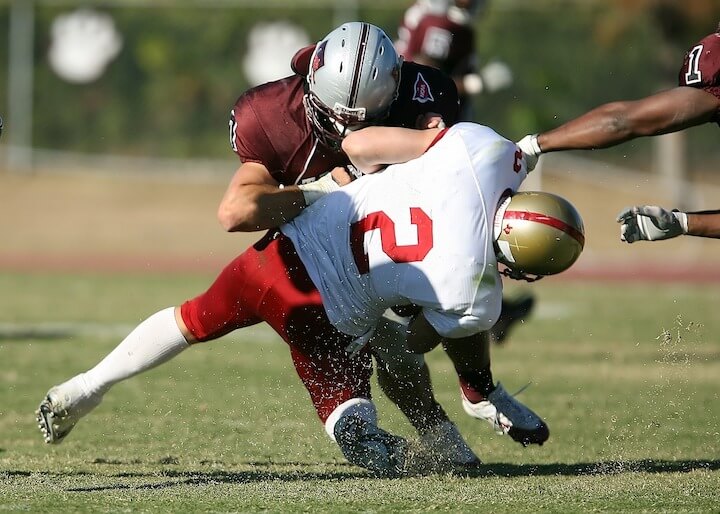 While most youth football leagues follow what college football does (with some exceptions), penalties for Targeting are slightly different at the NFL and collegiate levels.

In both levels of the game, a Targeting foul results in a 15-yard penalty.

If the defense commits the penalty, then the offense will move the ball 15 yards forward and also get an automatic first down.

If it's the offense that is the penalized team, then they will move the ball backward 15 yards to start the next down.

In college football, players automatically get ejected from the game if they commit a Targeting foul.

Since this is such a serious penalty, college football has instituted an on-field review any time a ref calls a Targeting penalty.

This gives them time to confirm the call before taking the serious step of disqualifying a player from the rest of the game.

In addition, if a player commits three Targeting penalties in one season, they will face a one-game suspension.

In the NFL, players can be disqualified from a game for a Targeting penalty, but it's not automatic like it is in college football.

Referees have the discretion of ejecting a player for an egregious Targeting foul.

Subsequently, the commissioner of the NFL has the right to impose a suspension and/or fine after the fact for any player who commits a Targeting foul during a game.

The Targeting rule is one of the most serious penalties in all of football.

Instituted back in 2008, the rule aims to protect players from sustaining major head injuries -- which have been on the rise in recent years.

Targeting can be a little difficult to understand, so make sure to educate your players as to what does and doesn't constitute a penalty.

Training them to avoid this foul with this step-by-step tackling guide and these tackling drills is essential, as the penalty is severe and could even include ejections, fines, and suspensions.